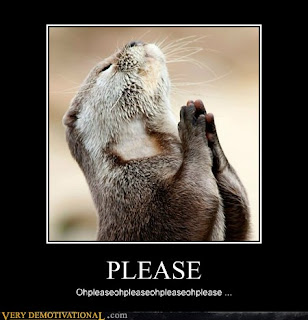 I'm having so much fun in this election cycle that it's almost illegal.

Well, I'm so glad you asked!

I direct your attention to Arizona, where the anti-immigrant craze has hit amazing heights. The Sheriff of Pinal County, Paul Babeu, has been a very loud voice on the side of those who want to keep those scary dark-skinned Mexicans from sneaking across our border.

But he's not riding that one trick pony, oh no sir. He's also given money to anti-gay groups and talked all the right talking points to burnish his conservative street cred. In fact, he's running for the US Congress in the 4th District, and was a co-chairman for Mitt Romney's Presidential campaign.

Until a couple of days ago.

An allegation surfaced, you see, wherein it was alleged that Babeu allegedly sent his alleged lawyer to a fellow with an alleged affidavit that would swear the alleged fellow to silence ... or else.

Or else the alleged fellow would be deported back to Mexico.

And who is this alleged fellow? Simply put, he's Babeu's sweet babboo.

Yes, this Mexican man (who is an undocumented - i.e., illegal - immigrant) is the Sheriff's gay lover.

To his credit, Babeu fessed up to being The Gay, and withdrew his position (heh!) as Mitt's campaign co-chair. He's still running for Congress from AZ-04, though.

But allegedly threatening to deport his boyfriend if he didn't clam up about their relationship may open up the Sheriff to criminal charges, and we shall wait and see.

Pass the popcorn, please.
Posted by Walt at 4:49 PM