On the Eve of the Florida Primary 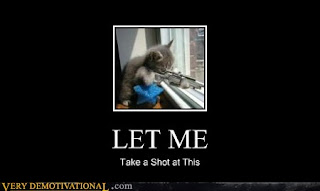 Hoo boy, dear readers, it's been a fun-filled week.

We'll start with Wednesday, as bloated ethically-challenged philanderer Newton Gingrich sallied forth to speak to a friendly crowd of likely voters in Cocoa Beach, Florida. Cocoa and the rest of Brevard County has been a tad low of late ever since the Space Shuttle program ended.

But there's no need to fear! Newt Gingrich is here!

(Special No-Prize for picking out the arcane cultural reference.)

Newt roused the crowd by declaring that, by the end of his second term as President, there would be a base on the surface of the Moon, and to make it all the sweeter, it would be an American moon base.

After screaming for the past few years that there's no money to repair decaying highways, bridge, dams, or other infrastructure (because that would increase the deficit, and as we all know, Deficits Are EVIL - unless there's a Republican in the White House), we're going to plunk down X amount of dollars - to build a base on the Moon.

Now, Man or Astroman didn't say that the Evil Gummint would fund the whole project, oh no. He'd merely gouge the NASA budget for another $2 billion in order to set up incentive prizes to lure private industry.

Jon Stewart had a bit of fun with the idea.

NASA's budget has been a favorite whipping boy. When money is need for some program or other, the Congress is all too ready to take an axe to the space program.

Newt making this statement is rather par for the course. He'll spin out a truly vast and sweeping promise in the hopes that people will be inspired. But he also framed it as a goal for the end of his second term.

***
Speaking of which, Newt went into his second Florida debate still riding a bit of the wave of his South Carolina victory. Polling at the time showed him running more or less even with Mitt, so Romney had to retrieve the edge.

Now, way back in the mists of last October, I wondered when Romney was going to cut a bitch. Thursday night's debate was The Moment, because Romney went on an all-out attack against Gingrich.

Romney had hired Crazy-Eye Michele Bachmann's debate coach, and it showed as the well-coiffed 2x4 laced into Gingrich. Newt, for his part, looked a bit flabby and debate honors clearly went Mitt's way.

For some reason, Frothy Santorum started in on Romney and his health care plan for Massachusetts, comparing it to the Affordable Care Act and making Romney visibly irritated. Oh no! His carefully-crafted facade might have cracked, but the photo montage pretty much says it all.

Romney won the debate, according to the surveys done after the low-rent downer.

But Gingrich continues to rise in national polling, and the Romney camp is clearly hoping that a big win in the Sunshine State will turn that around.

We shall see Wednesday morning.

***
"Our forefathers complained, we complain, and our descendants will complain, that morals are corrupt, that wickedness holds sway, that men are sinking deeper and deeper into sinfulness, that the condition of mankind is going from bad to worse."

The election of 1800 between John Adams and Thomas Jefferson saw the introduction of attack ads into American political discourse.

But we're talking money here, thanks to the US Supreme Court's misguided and frankly stupid Citizens United decision. Money talks in America, and the more money you have, the louder you can speak.

This is a truism that Newt Gingrich knows in his bones, having been in the US House of Representatives before being run out of the place like a rabid ferret and then making a hint of mint in speaking fees, lobbying fees and book sales.

But he needed money in order to finance his campaign against Mitt Romney. Willard has a net worth estimated in the $250 million range, and can easily finance his run out of his own pocket. Gingrich needed a supporter who was willing to put his money where his mouth was.

Enter Sheldon Adelson. Casino magnate with a net worth at about $21.5 billion. Um, that's Billion, with a B.

Adelson and Gingrich share something in common - a deep and abiding support for Israel despite anything the Jewish State might do, while at the same time saying rather generalized but nonetheless hurtful things like the Palestinians are an invented people (and never mind the fact that Jews aren't exactly ethnically pure either - several thousand years will do that).

Adelson, when appealed to, said, "Sure!" Whereupon he scribbled out a check for $5 million that helped Gingrich run ads in South Carolina.

His wife helpfully supplied her butter and egg money - another $5 million, making them the two largest single donors to the Gingrich campaign (or, rather, to his PAC, and we all know that the campaign and the PAC have nothing to do with each other, huh yeah that's right that's the ticket nudge nudge wink wink say no more).

Taking for granted the pernicious consequences of the Supreme Court's decision, we can expect those with the most money - the Adelsons, the Trumps, the Gateses, etc. - to wield greater power and greater access and a greater voice in the electoral process.