More letters from the Right


Bu...bu...but my remote's lost an...an...I don't know what to do!
This is what happens when adults(?) lose the ability to remember how to change TV Channels or to look for news from more than one source.
It also shows that P.T. Barnum was a right.

I present you with:
Another local graduate of the Fox News Vocational Rehab School of Journalistic Propaganda.


Why pay to study current events in today's "liberal colleges" when you can learn all you really need for free in just 24 hours sitting comfortably in front of your TV, on YOUR OWN COUCH? 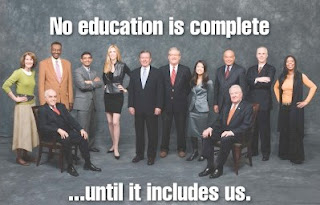 Get the REAL story! Fox News!
IQ test for Congress

I believe real unemployment is 20 percent or more. The national debt is over $14 trillion and spiraling upward. Programs like Social Security, Medicare and Medicaid are heading toward insolvency. Given these circumstances, I would think our leaders in the U.S. Congress would focus all of their efforts on resolving these major issues.
Instead, Democrat members of Congress like Maxine Waters, John Kerry, Jesse Jackson Jr., Nancy Pelosi, Diane Feinstein and Andre Carson spend their time attacking the tea party and Fox News. Why, rather than solving America's problems, do they spew vile insults, fuel class warfare and make incendiary accusations of racism?
The answer is that they spent the last six years implementing failed policies and realize that they have no accomplishments to offer in the 2012 election. The only cards they have left to play is to avoid the issues and focus on smearing their opponents. This is a despicable tactic at any time, but especially now, when so many Americans are being hurt by the prolonged poor economy.
The recent asinine statements from the aforementioned Congress members make a good case for instituting some type of IQ test to qualify candidates for Congress.