He'll be putting the pedal to the medal Aug. 15-17 touring the midwest. Here's the story from thehill:
The economy and 2012 loom over Obama’s bus tour of the Midwest

The trip might help explain why the Secret Service purchased two armored buses for its fleet earlier this year. The protective agency told The Hill it planned to use the buses during the presidential campaign — with one bus designated for the Republican nominee — and also for large entourages of visiting dignitaries.


HOW STUPID DOES THIS OLIGARCHY THINK WE ARE???? -- obviously... VERY, considering Mr. Obama's "Jobs Czar" is General Electric CEO Jeff Immelt. Yeah Yeah I know Mr. Immelt's "we need more small business lending and less regulation" chant is what we all want, but me thinks it's just more lip service. Is Mr. Immelt going to break up GE into small little companies and get AMEX to lend them money to bring back all those jobs Mr. Immelt sent to China?


This is borderline abusive here folks.

Just throw us in front of the bus right now and get this over with. 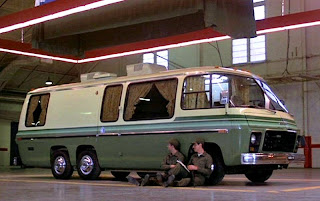 I can't stop imagining myself steering one of those luxury liners full speed down Wall Street.