What Are You Going To Do On June 14th to Rebel Against Economic Tyranny? Charles Hugh Smith has some REAL ideas...

A Google Map featuring the event states the following:
“This Flag Day, Tuesday June 14th, we will launch a non-violent movement with this list of demands:

Our future is going up in flames.

It’s time for us to stand up and defend ourselves.

Since the MSM obviously feels that America's moral outrage towards Weiner's wang is a more important issue, WE need to take things into our own hands. So get going folks -- we have many, many options. Here are some from Charles Hugh Smith's blog, Of Two Minds


Our debt and transactional consumerism fuels the tyranny which oppresses us.
The basic dynamic is profound: the political and financial tyranny of Wall Street and the "too big to fail" banks is fueled by our own participation. "Reformers" both within the Central State and outside its halls of delirium-inducing power, keep hoping that some tweaking of policy or regulations will relax the grip of Wall Street and the big banks on the nation's throat.

They are willfully blind to the obvious: that with enough money, any rule can be bent or evaded. Just look at the thousands of pages of tax codes which are supposed to impose "fair and equal" taxation on the citizenry. Yet the Power Elites pay less than half (around 18%) of what self-employed entrepreneurs pay (a basic rate of over 40%--15% self-employment tax and 25% Federal tax). For example, Hedge funders pay a mere 15% on their $100 million earnings because they bought a law in Congress which declares their earnings, regardless of source, as "long-term capital gains."

Loopholes and exclusions abound, if you have the right legislators in your pocket (and they come so cheap--a few million each and their soul is yours) and a Panzer Division of sharp tax attorneys.

We have seen how effective all the "refoms" have been: nothing has really changed except regulators now have larger staffs and more mind-numbing reams of complex rules have been issued.

Correspondent Gabriel M. Mueller examines an alternative strategy to resist financial tyranny, which is to burden the Status Quo with as many social expenses as possible and as much debt as lenders will grant, and then default on that debt:

I read this post The Necessity of Resisting Financial Tyranny on Zero Hedge.
When I first started getting into it, you had my attention: you pushed not just for rallies but for action. But it is your action that I have a problem with: Your instructions for financial tyranny are for people to STOP participating in the system. But nothing could be more difficult if not impossible. (I'm still with you, though, so hear my suggestion.) Why not instruct people to take advantage of the system? Stop working and go on welfare; take out student loans; rack up your credit card debt; default on your mortgage; evade your taxes; etc., etc. I believe the financial system would fall down much quicker if people were to undermine it by pushing on its house-of-cards foundation rather than tip-toeing around it.

I concede that most of what I am recommending (and envisioning) is illegal but I doubt it's immoral; and therefore it does not burden my conscience. My thinking is this: Why play by the rules when you know the game is rigged? To do so is to condone your enslavement. I could be wrong, though. I will have to give this more thought.

Frequent contributor Harun I. offered another point of view on the same post:

Once again the radical becomes the plausible, then becomes the necessary.
People that I would talk with expressed anger and helplessness over the fact no one in D.C. is listening. I would tell them they need not feel either, that they simply need to walk away, to stop participating. That idea immediately met resistance. "What about all those people in the banks that would lose their jobs?" "What will happen to the banking system and therefore the economy?"

The answers were simple. As money flowed to local banks they would need to expand their staff to accommodate an increase in business. Those lower level workers who had nothing to do with the corruption of their management will have the skills that local banks need as they expand. There would be some pain in the transition but it would pass.

I made it very clear that returning to the status quo should not be the intent. We cannot go back to spending that is not supported by productivity. It is time that we completely purge ourselves of this idea that has become a cultural defect.

What you wrote in yesterday's post, the relationship you severed with your broker, are the most patriotic actions of a civilized person in a civilized society.

No one need die and not a shot needs to be fired in this silent but powerful wave of revolution.

As a personal preference I do not think of it as resistance. I just choose not to participate. It is a choice we all can make.

If this was the "grand scheme", then it was a poor one. History is rife with what happens when the people come to their wit's end.

"And what country can preserve it's liberties if their rulers are not warned from time to time that their people preserve the spirit of resistance?" -- Thomas Jefferson (www.monticello.org)

It seems likely that the ongoing economics malaise will cause a significant number of people to default regardless of their initial intentions, so if solvent people decide to opt out of debt and transactional churn that benefits Wall Street and the TBTF banks, then that is withdrawing support of financial tyranny from both ends, so to speak.

As for loading up on debt with the intent of defaulting as a political action against financial tyranny: it may well hasten the downfall of our financial overlords, but it may also expose the defaulter to various forms of harassment and the possibility that the impaired banking sector would transfer collection to a Police State or private proxy. Harassment of debtors is already at tyranny levels.

There is also the moral issue: financial fraud may be "justified" to some as a form of tit for tat--the Status Quo is based on intentional financial fraud--but it is not the same as non-participation, as the gains reaped from the fraud (the new car, the vacation cruise, the new TV, etc. purchased with consumer debt, and the "free" housing provided by the defaulted mortgage) are highly individual: we the oppressed might eventually gain something from this action but the individual gains quite a lot financially.

That makes intentional default quite different ethically from non-participation, i.e. not taking on any debt and limiting the transactional consumerist churn which fuels the tyranny.

Matt H. asked a key question: what about legitimate loans?

Here's a question: While it's best to be completely out of debt (and I attained that status back in Feb after paying off the last of my CC and closing all TBTF accounts), there's still a need for legitimate loans with realistic LTVs and down payments... Or, at the very least, perhaps re-fi with the Credit Union? It would keep any profits within the 'co-op' and benefit the membership....
At this time, I'm still keeping my powder dry, but my paid-off car is starting to demand expensive work and I would _really_like a car with a warranty....

The key issue here is if the credit union or locally owned bank keeps the loans on its books rather than sells them to Wall Street to package. In the ideal situation, a loan from a local lender that holds the debt until maturation is keeping the money in the local economy and thus would be a positive.

I spoke with a local banker in Iowa in 2006 who told me his bank still kept all the mortgages it originated until they were paid off. This is the classic model of banking, and the interest paid, as Harun notes, pays the salaries of bank employees. Local banks and credit unions funded by legitimate loans to local businesses and residents do not skim the billions of dollars in profits needed to distort and sabotage democracy. 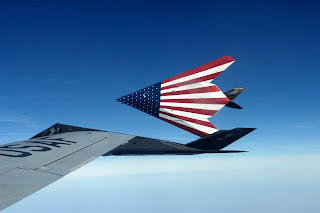