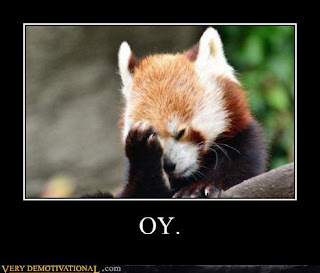 And, as always, it begins with a standard Question and Answer period. It's always important to note, however, that sometimes the questions and answers are canned, so as not to embarrass the contestants.

First off, we shall set the appropriate tone by playing the Anthem of the Republican Party of the United States:

Since they all look generally the same (even the black man and the white woman) we'll boil the summary down to the topics discussed:

1. Abortion: They're all against it, completely, utterly and perpetually. Nothing is to stand in the way of the fetus' emergence into this breathing world, not even the possible death of its mother. The nitty-gritty of this is that the candidates think women are stupid and can't be trusted to make decisions regarding their reproductive machinery. And yes, I include La Bachmann in that statement.

2. Defense: All for it, although Mad-Eye Michelle's position that we should invade countries that don't bother us and we have to have a clear plan sort of falls flat when you consider Iraq.

4. Economy: Lower Taxes! Cut Spending! And then it became a race to the bottom, with Pawlenty advocating lowering the top rate for the rich to a stupid-making 9%. Timmy also gets low marks for touting a completely blitheringly idiotic 5% GDP growth rate for ten years - something that has never happened in American history.

5. Health care: Ryancare good! Obamacare bad! And Pawlenty loses points for not confronting Romney on the parallels between the PPACA and the Massachusetts plans.

6. Foreign policy: Umm, no. Unwavering, unreasoning blind support for Israel. Even if they start dressing up in fancy uniforms and imposing apartheid on the Israeli Arabs and the Palestinians. Even if Israel nukes Iran.

So there you have it - the entire (as of two days ago) GOP field, emptied, steamed, whipped into a fondue and lovingly garnished with lark's vomit. Their positions range from mild-eyebrow-raising to completely insane, and not a whole hell of a lot of difference between them.

I'll say one thing, though - I refuse to sit through the bathing suit phase of the competition.
Posted by Walt at 7:02 AM