Capitalism: It's not ok unless you're a big Corporation! 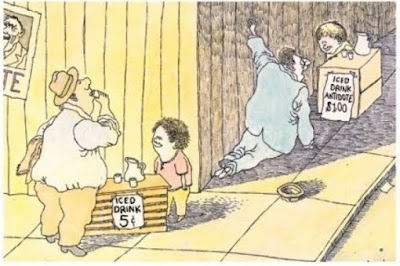 Even though officials allowed the kids to reopen - somewhere else - (can't have any competition for the U.S. Open - NBC/CommieCast might go under financially), this is the kind of shit those self righteous morAns on the right are spewing all over America...and Americans are allowing them to get away with it.

Anonymous comment seen somewhere:
"I'd like say this inspector needs the shit kicked out of him...but I won't, because that would be wrong!" - various Right Wing politicians, Fox Fools and many , many Tea Bigots.

Reminds me of the Johnny Carson quip supposedly (not) from Agnew of years past when Spiro said,(paraphrased, but not much):

"Those of you in the Silent Majority can show your support of this administration by driving with your lights on tonight!"