The OFFICIAL 'Official Friday Sex Post' -- The RC Church on sex abuse: BLAME IT ON WOODSTOCK

A five-year study commissioned by the nation’s Roman Catholic bishops to provide a definitive answer to what caused the church’s sexual abuse crisis has concluded that neither the all-male celibate priesthood nor homosexuality were to blame.

Instead, the report says, the abuse occurred because priests who were poorly prepared and monitored, and were under stress, landed amid the social and sexual turmoil of the 1960s and ’70s.

The “blame Woodstock” explanation has been floated by bishops since the church was engulfed by scandal in the United States in 2002 and by Pope Benedict XVI after it erupted in Europe in 2010.

But this study is likely to be regarded as the most authoritative analysis of the scandal in the Catholic Church in America. The study, initiated in 2006, was conducted by a team of researchers at the John Jay College of Criminal Justice in New York City at a cost of $1.8 million. About half was provided by the bishops, with additional money contributed by Catholic organizations and foundations. The National Institute of Justice, the research agency of the United States Department of Justice, supplied about $280,000. 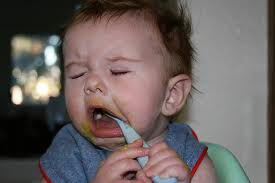 "After the social and sexual revolutions of the 1960s and 1970s, people became much more open about sexual behavior: more willing to talk about what used to be taboo subjects. Once people started talking, lo and behold! - the number of reported cases of priestly sexual misconduct went way up. This does not mean that the behavior hadn't existed before, only that we were too inhibited (and too in awe of authority) to talk about it. This is like blaming the reporter for the bad news."
Posted by JerseyCynic at 2:28 PM