Census to Mark Plato, MO as Center of U.S.

(Plato, MO) -- People searching for the center of America will have to wander through the Ozarks.

The U.S. Census Bureau will unveil a marker commemorating Plato, Missouri in Texas County as the mean population center of the country on Monday.

The center is the point at which an imaginary, flat map of the U.S. would balance when counting all 300 million Americans. 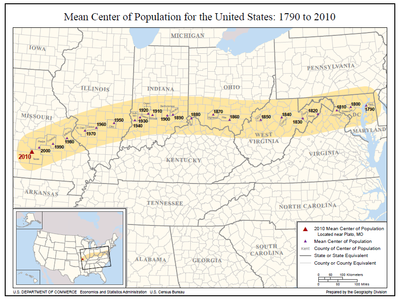 
HAVE AT IT FOLKS
Posted by JerseyCynic at 9:26 AM