The GreaterFool has a few scathing, eye-opening and EXTREMELY urgent posts about the REAL estate markets in Australia & Canada ( and CHINA -wtf?)

(Garth Turner is the GreaterFool for those unfamiliar with him.) 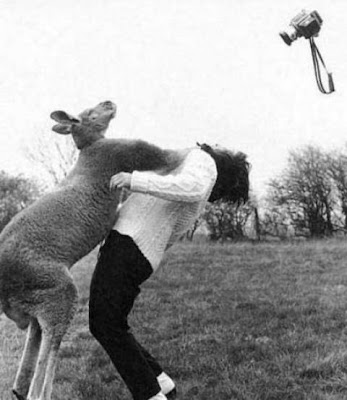 (THIS IS EXACTLY WHY I RIPPED UP MY REAL ESTATE LICENSE IN 2003. I could not "sell" another wide-eyed, but truly blinded buyer -- especially the young couples -- the worst investment of their lives)

And, then this post where he screams loud and clear to the youngins in Canada...GROW A SET

While our spent youth drink the LePage-Re/Max Kool-Aid, the deluded citizens of Vancouver continue to bombard me with reasons why the Chinese will eventually eat all of it. Here’s one now:

Dear Garth: I enjoy reading your penetrating and insightful commentaries on the Vancouver real estate scene. As much as I wish all you have predicted would come true, my reason begs to differ. I am of Chinese origin (from Taiwan), but unfortunately the wrong kind for the Vancouver housing market. In a few clearly futile recent attempts at house browsing I encountered, almost exclusively, hordes of Chinese buyers, sellers and realtors streaming through house after house, whose language I understand but with whom I apparently share little in common. These are people who can easily put down $5 million in cash to buy a house with no questions asked, whereas I rely on a wage easily represented by that 31 to 1 price-to-income ratio for Vancouver.

This brings me to my question. All the predictions you and other respondents made at your column about an impending bursting of the bubble seem to be based on one number, namely this price-to-income ratio of 31 that cannot sustain the current housing market. But if I just step into any weekend open house in Vancouver, my logic tells me that the correct ratio to use should be instead the Vancouver house price versus the Chinese millionaires’ income, which is more like one-to-one. And in this picture, Vancouver houses are really dirt cheap and has ample room to grow another several hundred percent.

I also know there is practically an endless supply of Chinese millionaires for the size of the Vancouver market, and they ALL want to buy houses here, driven by several factors:

The same mass hysteria that emptied all the Chinese supermarket shelves of salt during the recent Japanese nuclear scare.
All East Asian governments have recently implemented severe laws cracking down on property speculation, making gambling in Asian real estate not profitable any more.
Vancouver continues being ranked the number one city to live in the world by The Economist. There is a Chinese obsession with rankings.
Vancouver has excellent educational resources. There is a Chinese obsession with education.
Vancouver is one of the best North American cities for keeping up an East Asian style of living.
Buying with cash, these millionaires can afford to sit out any temporary downturn without lowering their house price, unlike in traditional bubbles.
I wish all your predictions would come to pass tomorrow so finally I would be able to borrow frrom the bank up to my eyeballs and get maybe 200 square feet of house somewhere in New Westminster. But from what I said above and from what I read in the Chinese newspapers, I do not believe it will ever happen. Maybe you are trying to prevent a mass panic by not giving the picture I am painting?

Isn’t it time to get real and talk about the real price-to-income ratio as I described? And isn’t the right question to ask what the BC government plans to do in the face of this runaway situation that will eventually drive every non-Chinese-millionaire out of a house? Nothing? This “bubble” is not like all the ones before, and relying on it to burst by itself because of the phony price-to-income ratio is unrealistic. I can see this ratio go to the hundreds if nothing is done about it. So please help me out here.

See what I mean? Delusional. The yellow peril thing is being played to the hilt by local real estate marketing groups like The Key, and repeated ad nauseum by the Vancouver media. There has not been a single hard number generated in the past three years to show the extent of Mainland Chinese money flowing into the city’s housing market. Just a short swim away, Victoria’s real estate board has found that 90% of buyers there are Canadian, and eight out of 10 live in BC.

Are Chinese buyers gobbling up some houses? Without a doubt. Are they responsible for runaway prices? Hardly.

Grab a mirror, Van City. Take a hard look. You’re house junkies. Get over it.

Now look at this. And tell me how it ends.