Not A Mental Image I Wanted 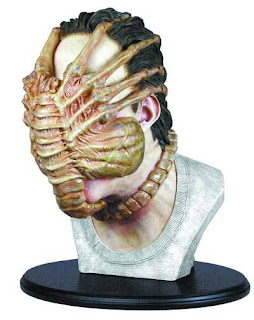 I ran across Talking Points Memo and this leaped up at me like an alien face-hugger:

Rove, O'Donnell and Palin Get Into Heated 3-Way

Try to get that mental picture out of your heads for a moment. I know I should have reserved this for Friday, but the article is illustrative of the cannibalism going on in my Party.

And a reason for my unseemly glee at the prospect of the GOP imploding.

Tea Party and Anti-Masturbation Candidate Christine O'Donnell managed to win against the establishment GOP candidate in Delaware for Joe Biden's vacant Senate seat, prompting the oleaginous Karl Rove to opine that the Republicans would fail to win the seat.

This pronunciamento from the man once touted as "Bush's Brain" brought down a firestorm of abuse from the real intellectuals of the Party - Michelle Malkin, Rush Limbaugh and Sarah Palin.

Rove might be right about this one, but there's no way the Democrats can afford to be complacent. Control of the Congress rests on a knife's edge, and we'll have to wait until November to see if Washington will end up hopelessly jammed until 2012.

But I just wanted to share that headline with you on a Thursday morning.
Posted by Walt at 7:08 AM