These CEO's are so so SO OUT OF TOUCH with the real world. It is just plain despicable. How much more are we going to take? 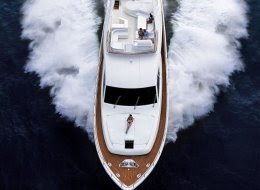 After just three months as head of battered insurer American International Group, Robert Benmosche has threatened to leave his post as he struggles to deal with heavy government oversight and restrictions on what the bailed-out company wants to pay employees, according to a published report.

Back in August (while at his luxurious estate in Croatia) he came out of retirement (former MetLife CEO) to work for AIG --
He was very concerned about his children's future. Check out what he said - UFB!

He also hopes that his purchase of vineyards -- including in the well-regarded Dingac region, and another area where he has reintroduced once indigenous Zinfandel grapes -- will eventually yield good income for his family.

"My children worry about how do they reach my level," he said in a wide-ranging conversation over three hours. "I suspect my son has a better chance because he is in real estate. My daughter is going to be a rabbi, so as a rabbi I don't think she will ever make the kind of money CEOs make. But they were worried about how do they afford this."

"So everything I'm doing, whether it is in New York or here, you will see, provides income. I want to make sure the estate I leave behind not only provides value but is a viable business."

As much as he was looking forward to retiring to Croatia for a large part of every year, he said the economic crisis requires executives with experience to return to action.

"Some of us need to come out of retirement -- who have done this before -- to help deal with the crisis," Benmosche said. "If I sit here, I just felt that there are going to be continuing problems. I felt I had some of the skills necessary to fix the problems of AIG in particular and it made sense to come back."

Oh, and you ladies will love this comment from the article, referencing his estate in Croatia (The terraces stretch across 160 or 170 feet of sea front, where he keeps a 135 horsepower boat parked in front.)

"Every bathroom is like a piece of art," he said while showing off his master bathroom with his wife Denise. "Women go wild when they walk in here."

And then we have Lord Blankcheck from God'sman, I mean Goldman Sachs with this comment

PRODUCTIVE??? And just what the HELL does Goldman Sachs produce??? (besides Treasury Secretaries)

At the same time, there does seem to be a strange uptick in religious rhetoric from bankers lately, as they strive to counter an upsurge in anti-banker sentiment. For example, Time Magazine’s Justin Fox writes:

In a discussion about morality and markets at St. Paul’s Cathedral in London, Goldman Sachs international vice chairman Brian Griffiths, a former adviser to Margaret Thatcher, described giant paychecks for bankers as an economic necessity. “We have to tolerate the inequality as a way to achieve greater prosperity and opportunity for all,” he said.

And the New York Times recently quoted John Varley, of Barclays, telling an audience at London’s St. Martin-in-the-Fields that ”profit is not satanic.”

Blankfein’s wry comment that he’s “doing god’s work” seems almost to be a veiled jab at this sort of religio-public relations push, which to a serious banker of Blankfein’s stature, must seem somewhat silly.

Blankfein clearly knows who he works for. After all, God couldn’t afford him.
Posted by JerseyCynic at 11:06 AM