Have you ever been "Rick-Rolled"?

I never have been. I didn't even know what it meant until yesterday. I was over at cracked.com just surfing around during the wee hours (insomnia is back). I can't read anymore of the "top news stories" out there. It's making me crazy, so I go hang out at 'cracked'.

Anyway, they have a photoshop contest going on over there --

It's the not-to-distant future. They've turned off the Internet. After the riots have settled down and the withdrawal symptoms have faded, how would you cope? We asked you to Photoshop what life would be like in an Internet-addicted society learning to cope without it, and offered $50 to the winner. That winner is below: 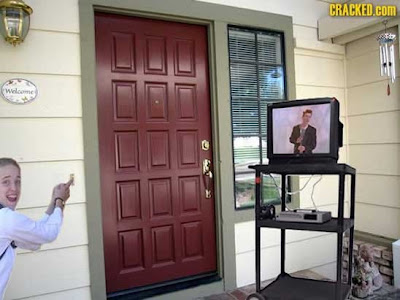 I had just spent 15 minutes looking through all the entries leading up to the winner above. WTF??? I don't get it. All the other ones were, for the most part, self-explanatory and pretty funny -- 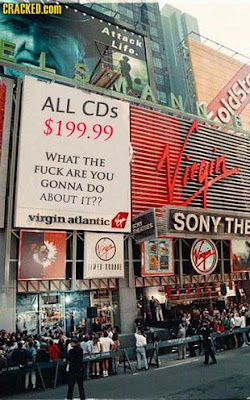 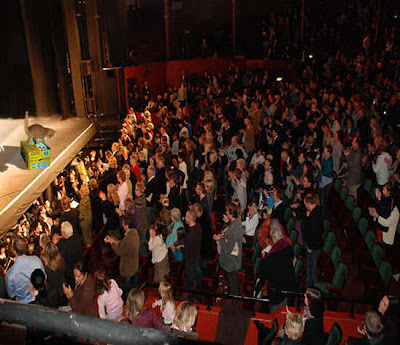 So, I started searching the comments to see if anyone else out there was as confused as I was over the winner.


"To be tricked, through any method, into clicking a link that takes you to the Rick Astley video "Never Gonna Give You Up".

"Rick rolling is the internet equivalent of a doorbell ditch. Instead of getting the video they thought they would, they get "Never let you down" or whatever that song is called. Just like when you doorbell ditch they get nothing instead of the visitor they thought they would get. Like nearly everything on the internet, it is massive waste of time."


OK, now I'm really curious. Let's head over to my other favorite reference site - Urban Dictionary - for some more insight:

*Originally, to trick someone into watching the extremely catchy "Never Gonna Give You Up" music video by the genius Rick Astley with a fake link (usually with the promise of an exclusive video).

Now used in a more general sense, for any sort of deception or trick.
"I asked for the newest Halo trailer and all I got was the Rickroll video."

"I really hope that J.K. Rowling hasn't rick rolled us with all this Dumbledore business. I would be so disappointed."

"I just rick rolled that guy into singing Evanescence at the top of his lungs in the middle of a Walmart by promising him a reward of $20,000."

Who the hell is Rick Astley?? OMG I love this tune -- I had no idea -- I always thought some big, handsome black dude sang this song.


Kudos to the photoshop winner! OUTSTANDING!!! (now that I get it)
Posted by JerseyCynic at 8:23 AM