As promised, ladies and gentlemen, here are some of the pictures I took on the second leg of my vacation.

We start with a couple pictures from the Daisy Air Rifle Museum in Rogers, Arkansas ( I had no idea there was such a museum). This is the only extant model of a mock machine gun that fired BBs - it was used to train anti-aircraft gun crews during WW2. 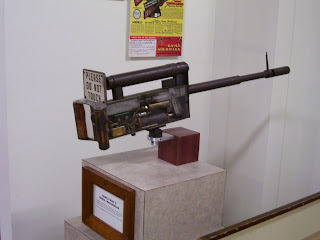 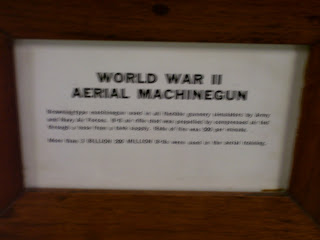 The Arkansas Air Museum at Drake Field sports many vintage aircraft and other military vehicles. One of the exhibits is a Twin Beech sporting Canadian Air Force markings and accompanying nose art: 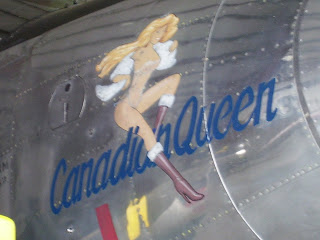 "What's that you say? No discount? Oh, I bet you WILL be giving me that discount ..." 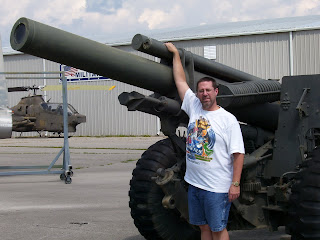 A couple scenes of the Boston River valley in the Ozark Mountains (pictures taken at an overlook south of Winslow, Arkansas). 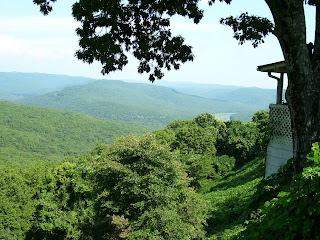 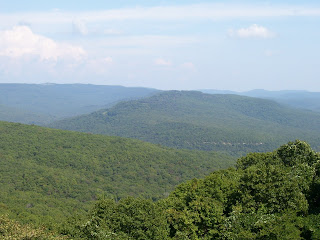 Nashville Tennessee sports a replica of the Parthenon as part of its Centennial Park (it was built to commemorate the city's 100th birthday around the turn of the last century). 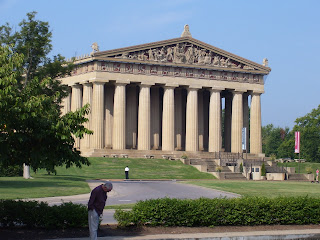 A pond near the front of the structure attracts wildlife (there were several flotillas of Canada geese) as well as beautiful weeping willows. 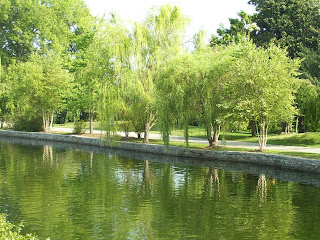 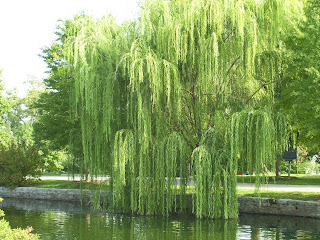 The centerpiece is this statue of Athena Parthenos, matron goddess of Athens. The statue is over 41 feet high and is as near a match for the original as the sculptors could get based on ancient accounts. Athena bears the aegis of Zeus on her chest and carries a statue of Victory in her right hand. The serpent behind her shield is supposedly Erichthonius, one of the mythical first kings of Athens, and the central boss of the shield bears the face of the Gorgon Medusa. 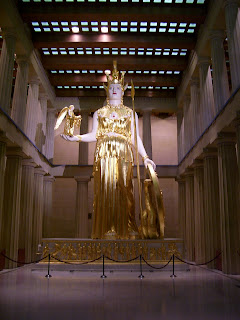 A view of Lookout Mountain, Tennessee. The weather that day wasn't conducive to taking good pictures. 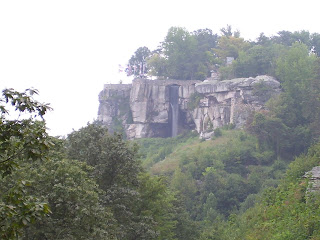 The Florida monument at the Chickimauga Battlefield, just over the border in Georgia. The guy with the camera in the foreground provides scale (no, it's NOT me). 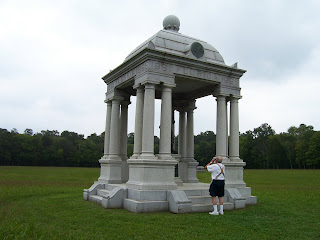 The Capitol Building, Tallahassee, taken about 7:15 AM. 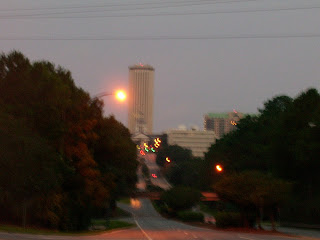