Okay, here are a few pictures from my vacation so far (I figure you could use some images, as it appears no one is reading the daily narrative of my sojourn).

We start with the Naval Aviation Museum in Pensacola and this big beast of a flying boat, the Curtiss NC-4. This four-engine (the center engine is a push-pull combination) aircraft was one of a flight that flew the Atlantic before Lindbergh. 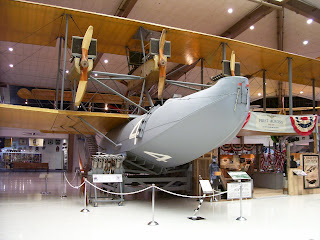 Here is the USS Alabama, maintained as a memorial by the State of Alabama. 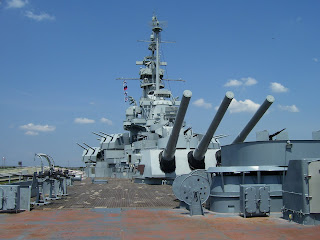 Yours Truly in the control room of the submarine USS Drum, part of the same memorial as the battleship shown above. 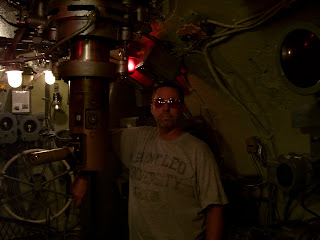 This quote by Elie Wiesel is on display at the National Civil Rights memorial in Montgomery. 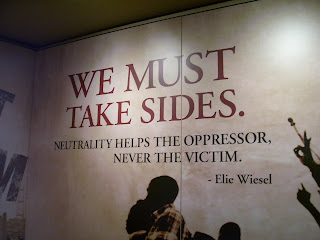 At the US Space and Rocket Center in Huntsville you can spot the Saturn V on display from easily quite a distance away, despite the overcast skies. 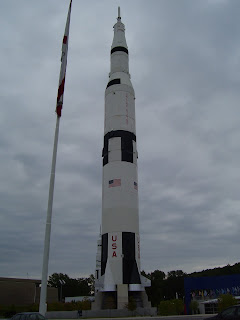 And here's the restored Saturn on display in the Davidson Center. 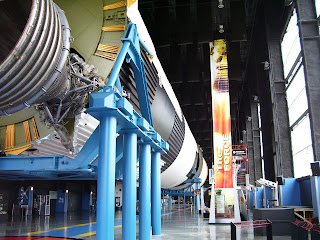 The firing panel for Redstone Explorer, our first successful satellite. The red arrow shows the firing key for the rocket. 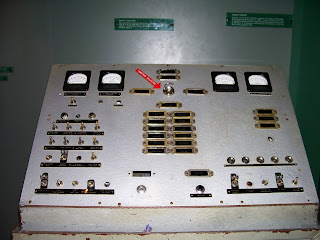 I wasn't able to find out if this is a reproduction or a restored donation, but this is one of Robert H. Goddard's early rockets (shown with the inventor himself). 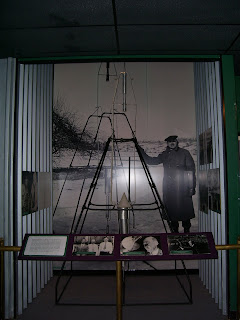 Among the animals we sent up to test whether humans could tolerate space flight was a squirrel monkey named Baker. Miss Baker died in 1984, and is interred at the Center. Here's her grave marker: 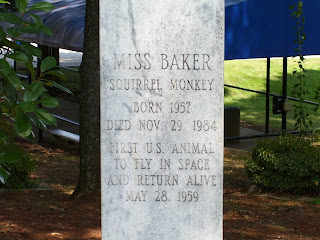 The Garden Court of the Holiday Inn Select in Memphis, part of the venue for Mephit Furmeet 2009. 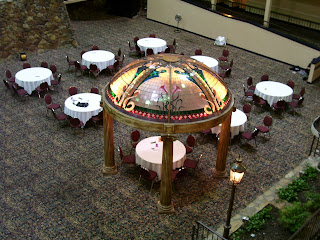 Two views of the assembled fursuiters after their parade through the hotel last Saturday: 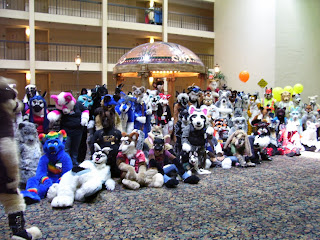 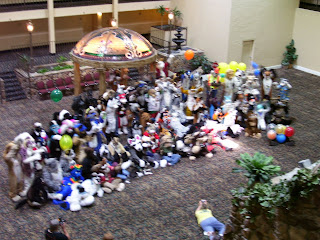 On the grounds at Fort Smith is the gallows used by the authorities. A sign asks that people not climb the structure and to respect it for what it was - a place of execution. 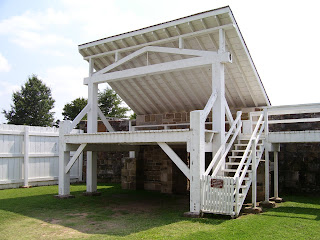 The restored 1926 trolley I rode while visiting Fort Smith, Arkansas. Only cost two bucks, and was very interesting. 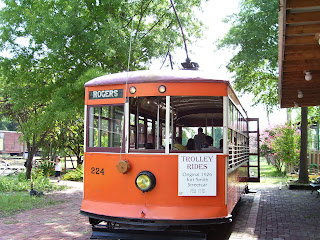