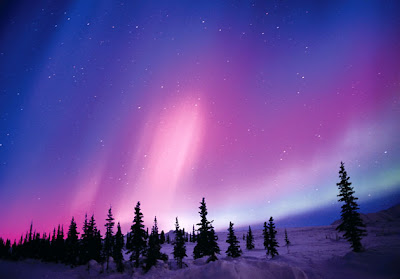 "This is really good stuff," Pedersen cooed. This wasn't just another aurora borealis triggered by solar winds; this one Pedersen made himself. He did it with the High Frequency Active Auroral Research Program (Haarp): a $250 million facility with a 30-acre array of antennas capable of spewing 3.6 megawatts of energy into the mysterious plasma of the ionosphere.
Bringing Haarp to fruition was, well, complicated. A group of scientists had to cozy up to a US senator, cut deals with an oil company, and convince the Pentagon that the project might revolutionize war. Oh, and along the way they sparked enough conspiracy theories to make the place sound like an arctic Area 51.


what a raw deal

makes me think he also probably knew of a way to provide free energy/fuel to all
Posted by JerseyCynic at 7:45 PM