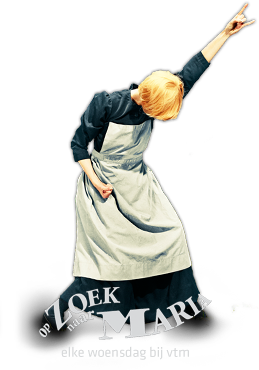 about the photo (you'll need an interpreter)

Antwerpenpen-Centraal (Antwerp Central) is the name of the main railway station in the Belgian city of Antwerp. The station is now widely regarded as the finest example of railway architecture in Belgium.

Op zoek narr Maria (Looking for Maria) is a talent competition program that aired in Belgium on Vtm. It premiered on March 25, 2009. The premise of the series was to find a musical theatre performer to play the role of Maria von Trapp in the 2009 Albert Verlinde and Roel Vente revival of The Sound of Music at the Efteling Theatre.

MORE about this video from The Inspiration Room

VTM, a television station in Belgium, recently used a flash mob dance stunt to announce their newest reality television program “Op zoek naar Maria”. The promotion, similar to T-Mobile’s ad set in Liverpool St Station In London, is promoting the program’s search for an an actress to play the leading role in the The Sound of Music.

On Monday morning, March 23, commuters were introduced to the recording of Julie Andrews singing the song, “Do Re Mi”, as recorded for the 1965 musical, Sound of Music. 200 dancers strategically placed in the crowd began to dance as a remix of the track came through the speakers.

Here's the video and story about the T-Mobile ad campaign that came out in the UK back in January:

T-Mobile in the UK has launched an advertising campaign with the aid of a flash mob dancing in London’s Liverpool Street Station. At 11.00 am, on Thursday 15th January, 350 dancers surprised commuters passing through the railway station. The three minutes of synchronized dancing was captured on ten hidden television cameras, edited and premiered during an entire ad break in Celebrity Big Brother on Channel 4, at 9 pm on Friday 16th January. Lysa Hardy, head of brand and communications at T-Mobile, said:

“‘Dance’ brings to life the fact that there are often unexpected, wonderful, exciting things that happen that you want to be able to share with your friends and family."

h/t to Foiled Goil via Deb's post at BigBrassBlog
Posted by JerseyCynic at 9:34 AM