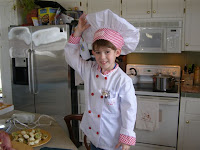 So, it's practically Valentine's Day, and I've found myself paying special attention to how the kindergarten set deals with affairs of the heart.
"Valentimes, " as my grandson the kindergartner explained it, is a very big deal. It's truly the sweetest age, the last year when little boys will skip together while holding hands and not think twice about it.
Thankfully, there have been some improvements to the old Valentine system I remember from grade school, when the not-so-popular kids got five or six valentines and everybody else got a whole bunch. It was a hateful little ritual that nobody seemed to notice was slap-your-baby cruel.
Now, because we have Oprah (that's a joke for those with their asses puckered up too tight), we're a little more aware of how this sort of dissing cannot only damage self-esteem but also lead to a life of crime or sitcom writing. So notes are sent home saying that "Valentines should be given to every child in the class, not just the cute, rich, and smart ones." (Well, that was the gist of it.)
The girls, as you might expect, seem to be ahead of the game on things romantic. They prefer to play house during recess with designated "mommy," "daddy," and "baby" instead of the boy's favorite, some sort of army-man, video-game soldier thing that involves lots of running around for no reason and screaming "You are my prisoner!", to the grass.
It seems like only yesterday that my own sweet daughter confided that one of the little boys in her class had threatened to kiss her on the playground. Apparently a romantic subplot had developed among the soldiers.
Because I was basically a nerd, at the time I considered it a "teachable moment" I launched a loving but firm and very PC lecture about not allowing anyone to do anything to you that you don't like.
Then the truth came out.
Well, she said, "he didn't really want to that much, but all of us girls chased him and finally caught him and he said he'd kiss us if we didn't let him go."
Ah, well, then. Carry on, soldiers. War does strange things to a man's brain, I guess.
Valentine's Day is still a favorite holiday around my house. Honestly, how can anything dedicated to chocolate, flowers, and "Valentimes" be all bad?