No Free HIV Test For Sluts 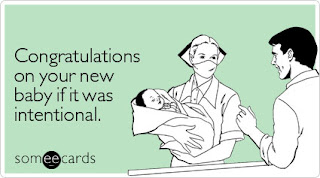 Did Republican state Sen. Dave Schultheis of Colorado Springs even consider for one second that pregnant women who have HIV are not necessarily sexually promiscuous and even if they are, it's none of his goddammed business? No, he did not. He concluded that pregnant women with HIV were indeed sexually promiscuous and voted against a bill that would "reward" such sluts with a free HIV test.

Thank you, Madam President. You know, this was a difficult bill for me. I voted yes in committee on it because of discussions surrounding the fact that — well, let me just basically say this, it basically modifies the communicable disease laws and it requires the health care providers to test pregnant women for HIV unless they opt out. And that’s basically, that’s the main part of this bill. I voted yes on it. I was a little bit troubled with my vote and was just wondering what was bothering me. I woke up the next morning — Thursday morning — at 5 a.m. and I wrestled with this bill for another hour from 5 to 6 and finally came to the conclusion I’m going to be a no vote on this. I’m trying to think through what the role of government is here. And I am not convinced that part of the role of government should be to protect individuals from the negative consequences of their actions.

Sexual promiscuity, we know, causes a lot of problems in our state, one of which, obviously, is the contraction of HIV. And we have other programs that deal with the negative consequences — we put up part of our high schools where we allow students maybe 13 years old who put their child in a small daycare center there.

We do things continually to remove the negative consequences that take place from poor behavior and unacceptable behavior, quite frankly, and I don’t think that’s the role of this body.

Wait. It gets even worse. He went on to tell the press that HIV babies are a punishment for promiscuous sex:

“What I’m hoping is that, yes, that person may have AIDS, have it seriously as a baby and when they grow up, but the mother will begin to feel guilt as a result of that,” he said. “The family will see the negative consequences of that promiscuity and it may make a number of people over the coming years begin to realize that there are negative consequences and maybe they should adjust their behavior.”

This is the type of ass backwards thinking that keeps our country in the 18th century. He is probably one of those legislators that opposes contraception because he feels a woman should always be punished with a pregnancy for her promiscuity. It all boils down to misogyny and there should be no room for it in any of our legislatures. It's one thing to have a prehistoric opinion about an issue and it's another thing to have the power to vote on bill when you are so sadly misinformed and jaded that it hurts the brains of most sensible people to even attempt to understand it.

In good news, the bill passed 32-1. Democrats however are wondering why the sane Republicans didn't admonish Schultheis for his "opinion."
Posted by Liz Blondsense at 6:33 AM