What a well written opinion piece:

All of this would be little more than an interesting and amusing cultural trend were it not for realities such as this:
A study released [in April, 2008] reported that between 1998 and 2007 [in New York City], the police arrested 374,900 people whose most serious crime was the lowest-level misdemeanor marijuana offense.

That is more than eight times the number of arrests on those same charges between 1988 and 1997, when 45,300 people were picked up for having a small amount of pot...
...Nearly everyone involved in this wave of marijuana arrests is male: 90 percent were men, although national studies show that men and women use pot in roughly equal rates. And 83 percent of those charged in these cases were black or Latino, according to the study. Blacks accounted for 52 percent of the arrests, twice their share of the city's population. Whites, who are about 35 percent of the population, were only 15 percent of those charged -- even though federal surveys show that whites are more likely than blacks or Latinos to use pot.

Among the pretty large population of white people who have used pot and not been arrested for it is Mayor Michael R. Bloomberg. Asked during the 2001 campaign by New York magazine if he had ever smoked it, Mr. Bloomberg replied: "You bet I did. And I enjoyed it." After he was elected and his remarks were used in advertisements by marijuana legalization advocates, Mr. Bloomberg said his administration would vigorously enforce the laws.

While marijuana laws have changed over time, and while past administrations have attempted to show that the situation isn't as dire as it appears to be, drug policy in the United States is immensely hypocritical and destructive. Today, public figures justify past drug use as "youthful indiscretions" and the matter is dropped. But huge numbers of ordinary Americans are introduced to the jail system because of minor drug offenses, and as the records show, the overwhelmingly disproportionate nature of drug arrests creates a justified perception of injustice and both economic and racial bias.

"The drug is really quite a remarkably safe one for humans, although it is really quite a dangerous one for mice and they should not use it."
~J.W.D Henderson Director of the Bureau of Human Drugs, Health and Welfare, Canada


If the words "life, liberty and the pursuit of happiness" don't include the right to experiment with your own consciousness, then the Declaration of Independence isn't worth the hemp it was written on.
~ Terence McKenna

Penalties against possession of a drug should not be more damaging to an individual than the use of the drug itself; and where they are, they should be changed. Nowhere is this more clear than in the laws against possession of marihuana in private for personal use... Therefore, I support legislation amending Federal law to eliminate all Federal criminal penalties for the possession of up to one ounce of marihuana.
~ Jimmy Carter, U.S. President in a message to the U.S. Congress (1977)

The illegality of cannabis is outrageous, an impediment to full utilization of a drug which helps produce the serenity and insight, sensitivity and fellowship so desperately needed in this increasingly mad and dangerous world.
~ Carl Sagan

I never understood that line. The point was to inhale. That was the point.
~ Barack Obama, When asked, "Unlike other presidents, did you inhale?"

You bet I did -— and I enjoyed it.
~Michael Bloomberg - New York City Mayor, when asked if he had ever smoked marijuana.


"He's passing his hope bong around the drum circle of young America. He's inviting people to take deep tokes off of his bong packed with hope."

MAYBE THERE REALLY IS HOPE!!

Michael Phelps' Sponsors Sticking With Him After Bong Photo 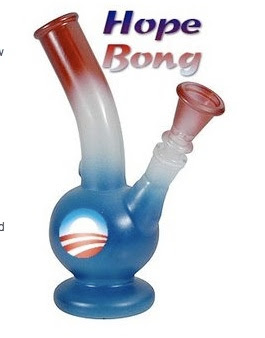 oh - can't forget the Bible Quotes!
Posted by JerseyCynic at 5:15 AM