Aerosmith has asked the House GOP to stop using their song, "Back in the Saddle," TPM reports.

What is it with the Republicans? They don't have to follow the laws? Oh that's right. Their hero Boy George never did so they think they don't have to.
And where is the RIAA? Can't they get their heads out of the Republican's Assholes long enough to follow the law or their own policy? Guess not! The RIAA thinks it's just peachy keen, okey dokey for the Republicans to break the copyright law to help any cause they believe in but must go after those nasty kids sharing music and taking money away from Metallica and company (and the parasite at the RIAA).

So kids, the lesson is clear. When you want to share music with friends, just make sure there's a Republican poster or some kind of Right Wing Flyer around and, bingo! everything's beautiful...in it's own way; under gawd's Heaven, or under the conservative banner. 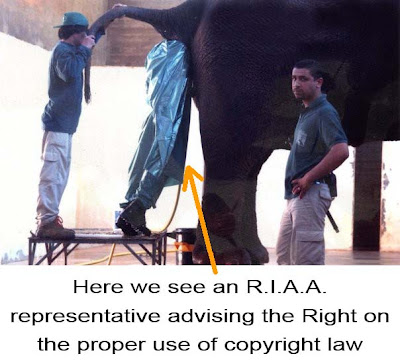 This one sort of speaks for itself after Sarah's daughter sort of mentioned that abstinence doesn't work and teens will have sex anyway. 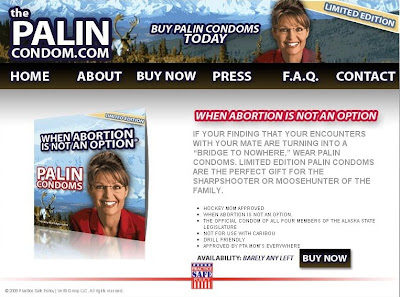 Check out their site. Some interesting blurbs in the links.
Posted by Father Tyme at 9:46 AM