Catholic Church Brings Them Back 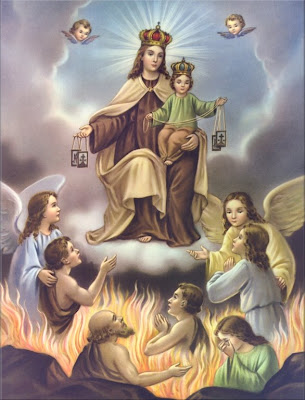 In recent months, dioceses around the world have been offering Catholics a spiritual benefit that fell out of favor decades ago — the indulgence, a sort of amnesty from punishment in the afterlife — and reminding them of the church’s clout in mitigating the wages of sin.

The fact that many Catholics under 50 have never sought one, and never heard of indulgences except in high school European history (Martin Luther denounced the selling of them in 1517 while igniting the Protestant Reformation), simply makes their reintroduction more urgent among church leaders bent on restoring fading traditions of penance in what they see as a self-satisfied world.

“Why are we bringing it back?” asked Bishop Nicholas A. DiMarzio of Brooklyn, who has embraced the move. “Because there is sin in the world.”

Oh good lord. I remember these from my early childhood. No wonder I still battle with guilt issues.
Posted by Liz Blondsense at 8:59 AM