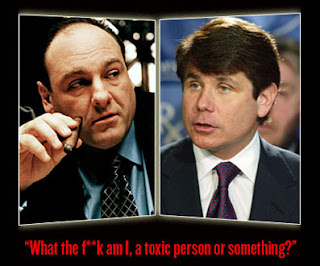 The Many Faces of Illinois Governor Rod Blagojovich

Chicago -- From a 2006 speech, Blago says he once told his mother that he won't take bribes because "Not only would that be dishonest, it would be illegal." Watch video here.

Recounting his first election victory as an Illinois state representative, the now disgraced Governor recalled what his mother told him in a speech to a party gathering in Chicago, hosted by party chairman Howard Dean.