Goin' Down: Turn Up the Volume 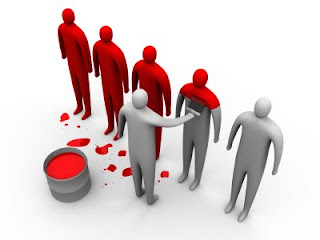 (Very special thanks to Jeff Beck)

“I got my head out the window, and my big feet on the ground.”
-Jeff Beck

We’re goin’ down. Igor Panarin, a leading analyst and professor at the Diplomatic Academy of the Russian Ministry of Foreign Affairs, has confirmed his long-held view that the United States is heading for collapse, and will divide into separate parts. When asked who would replace the U.S. in regulating world markets, he said:

"Two countries could assume this role: China, with its vast reserves, and Russia, which could play the role of a regulator in Eurasia."

How many areas of will the U.S. be divided into? Oh, around six parts, as Panarin offered this prediction:

“The U.S. will break up into six parts - the Pacific coast, with its growing Chinese population; the South, with its Hispanics; Texas, where independence movements are on the rise; the Atlantic coast, with its distinct and separate mentality; five of the poorer central states with their large Native American populations; and the northern states, where the influence from Canada is strong.”

How exciting! "the Atlantic coast, with its distinct and separate mentality”? Got that, New Yawkas? And what type of “mentality” might that be? Oh well. Thanks for the heads up, Igor. We have only ourselves to blame.