October Surprise: War on America's Middle Class (While They Slept) 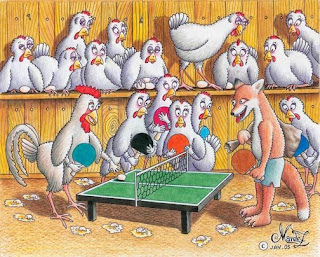 As we all slumbered, counting our sheep,
The American People were hit in their sleep.
Dreaming of holiday trips to the sea,
Henry Paulson & Friends came looking for me.
There were no loud noises, no sirens or horns,
No flashing red lights through the windows or doors.
Far away on some spreadsheet a liberty lost
Died the death of this Nation, its sovereignty, tossed.
-2Truthy

Are the ruling elites of this country “idiots” or are they instead a clever klatch of diseased sociopaths, drunk on power as they pillage the economy at the expense of the American people? Is the Wall Street Banker Wealth Distribution scheme (otherwise called a “meltdown”) a result of ruling class “mistakes and incompetence?” Or is it the (in) direct result of an emotionally stultified and clueless, indoctrinated public, fed by our media for decades on power delusions of religion, race and social feel-goodism that have diverted attention away from crucial socio-economic policy?

In The Idiots Who Rule America Chris Hedges references the recipe on how to cook up a Fascist state:

“The first three aims of the corporatist movement in Germany, Italy and France during the 1920s, those that went on to become part of the Fascist experience, were “to shift power directly to economic and social interest groups, to push entrepreneurial initiative in areas normally reserved for public bodies” and to “obliterate the boundaries between public and private interest—that is, challenge the idea of the public interest.
Sound familiar?”

While clever Wall Street fox Hank Paulson, King of the Emergency Economic Stabilization Act (EESA) is tasked to “regulate” all of the unprecedented economic misdeeds, the American public is naive about power, which, by training, is at the margins of their attention as jobs disappear to fatten up their profits as no one holds them accountable. Americans have been raised to be good little partisan voters, signing onto a team with “heritage worldviews, as we do in religion.”
Although I must conclude that it was not sheer “idiocy” at all that paved the way for this wealth transfer between Wall Street’s investor class, I do completely agree with the latter part of Hedges’ sentence:
“It is only when these elites are exposed as incompetent parasites and dethroned that we will have any hope of restoring social, economic and political order.”
Indeed, we are in need of a media that is willing to expose the corporate neo-fascist frat boys (who are typically presented as heroes in the media or either completely hidden from view) and a steely, collective public will that is committed to dethroning these panty hamsters. However, I fail to see how scheming bankers can be written off as “incompetent parasites” instead of being called out on their calculated shakedown of John Q. Public. But hey, I’m no economist so what do I know? One thing I strongly suspect is this: We don’t need no stinking EESA. Obama and Pelosi are already planning a new multi-billion dollar "stimulus package" way above and beyond what has already been crammed down our throats. How much “stimulation” can the non-portfolio class of this country possibly take before the whole thing implodes? Never mind.
Perhaps what we need instead is a Department of Deprogramming led by smart, non-think-tanky economists with consciences and a sense of civic duty to replace this Department of Shit for Brains at the “T” to lead us out of this economic quagmire.
What we are now left with for “news” from “progressive” media run by the Power Elite is in crucial ways false and contrary to the public greater good. They tell us lies and instill a false consciousness not because they are idiots, but because they seek to gate-keep the scoop and then plunder and control us. Soon, when Emperor Obama takes the throne, his gr$$n backers will unveil their carbon cap and trade/footprint schemes that will further reduce us to the unsustainable numbers that we, Joe Consumer, in this new world order of dispensable human capital that We, the Disposable People, really are in their eyes:

“Listen to our officials talk about consumers—we’re only valuable to them insofar as we are predictable statistical constructs defined by corporations. Have you heard the Federal Reserve call for a new stimulus package? Beyond the fact that the Fed isn’t even a part of the government, their call represents one of the most troubling features from Hayek’s critique of scientific socialism: that the individual is treated as a means rather than as an end. They would manage us like cattle—not as living beings, mind you, but as potential dollars. None of this is new, and none of this is incompetence. This isn’t a financial collapse; it’s an engineered redistribution of wealth. It’s not a banking failure; it’s a dazzling success for bankers.” - Georg Poothausenschlofths
-2Truthy
Posted by 2Truthy at 10:30 PM