"Dickipedia" - a wiki of dicks

Have your pick of dicks right here folks!!

So many to choose from! (New ones being added on a regular basis!)

After getting his dick in the government door as a Staff Assistant to the Assistant Secretary of Defense at The Pentagon, Paulson became the envy of dicks everywhere after scoring a plum job in the Nixon administration as assistant to John Ehrlichman. As creator of the legendary "Plumbers" group at the center of the Watergate scandal, Ehrlichman mentored young Paulson on the ins and outs of abusing government power for personal gain.
In 1974, with his mentor facing jail time for conspiracy, obstruction of justice, and perjury, Paulson moved on to the private sector to continue his on-the-job dick training at prestigious investment bank, Goldman Sachs. Twenty-four years of “working in a broken financial system” later, he climbed his way up to CEO. Paulson’s impressive staying power was rewarded with an executive compensation package reported to be worth $37 million in 2005 alone.
It should be noted that during his time at Goldman Sachs, Paulson built close relations with China, visiting the country over 70 times, likely learning a thing or two about communism in the process. 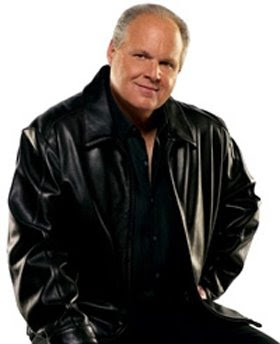 Rush Limbaugh is currently single, but has been married and divorced three times, to a radio station secretary, an usherette at the Royals Stadium Club, and an aerobics instructor, respectively, all of whose willingness to “nail the whale” apparently didn’t last more than a few years until fatty remorse set in. Want to know just what kind of a dick Rush Limbaugh is? His third marriage was performed by Clarence Thomas. At Thomas’ house.
It also turns out that Rush Limbaugh is a drug addict. In 2003, it came out that Limbaugh was illegally obtaining pain killers oxycodone and hydrocodone. Perhaps he was taking them to kill the pain of having such enormous junk food man-tits.

Sean Hannity was born on December 30th, 1961 in Franklin Square, New York. Realizing early on that facts and rational thought would serve no purpose in his future career, young Sean attended St. Pius X Preparatory Seminary high school and then dropped out of NYU once he realized they taught real subjects there and “Jesus” wasn’t an acceptable answer to every other question.
Hannity moved to Santa Barbara, California where he began his dick education, working as a bartender and construction worker. Given Hannity’s close resemblance to cartoon blow-hard Fred Flintstone, it is quite easy to picture him sliding down the tail of a brontosaurus after Mr. Slate blows the quitting whistle at a rock quarry. It is not known if Hannity has ever ordered a rack of ribs so large that they caused his car to tip over at a drive-in restaurant.
While Hannity never did earn a real college degree, Jerry Falwell eventually awarded him an honorary degree from Liberty University in 2005 with an honorary major in Narrowmindedness.