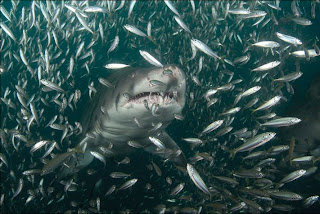 "We do not inherit the Earth from our ancestors: We take it from those who fail to defend it sufficiently."
-JerseyCynic-

So here’s how it works: These virtuous, pompous Republican hypocrites believe in self-reliance and free-market capitalism but when THEIR asses are on the line, they want the big, bad government that they rabidly deride as “evil socialism” to write a big, fat fucking check. Of course, this leaves one to guess what these whimpering bastards would possibly ever do if there was no government at all. Perhaps we should ask Ron Paul… Every so many years, the U.S. government bails out the financial markets (wasn’t there something about a certain Bush family member who ran an S&L into the ground called Silverado?) because these supposed geniuses -- this bastion of high risk taking conservatism --- bets away our money and when they lose, Joe Taxpayer gets to suck it.

H/T to Jersey Cynic and Peter or Lone Tree for these two eye-popping articles WALL STREET HAS GREENWICH HURTING. NOT SYMPATHETIC? CONSIDER THIS: WE'LL FEEL THE PAIN IN OUR STATE BUDGET and

that present the sticky details on what lurks behind the $700 billion bailout in what is aptly described as “The Patriot Act of Finance.”


The shift marks the "end of an era" that will transform the free-wheeling, big risk-taking investment bankers who frequently used enormous amounts of debt to drive up profits with very little oversight into fully regulated banks. When does the Revolution start?
And what will these masters of the universe get for subjecting themselves to greater scrutiny?

“In exchange for subjecting themselves to more regulation, the companies will have access to the full array of the Federal Reserve’s lending facilities. It should help them avoid the fate of Lehman Brothers, which filed for bankruptcy last week, and Bear Stearns and Merrill Lynch — both of which agreed to be acquired by big bank holding companies.”

Will hedge fund regulation be next? AND WHY ARE WE NATIONALIZING Wall Street financial institutions such as AIG when over fifty million plus Americans do not have health insurance? Let’s check that logic against the hordes of unwashed taxpayers without it:

“I don’t have health insurance, but these guys have yachts, ten cars and several homes and get to keep it all while the people all around them lose their jobs, homes and access to healthcare.”

That’ll work! Here in CA, a Blue Cross policy holder got leukemia and the insurance giant cancelled his policy. He died eight months later from not being able to receive the treatment necessary to save his life. Who is taking the risk? When these assholes are pulling down millions and millions of dollars in annual salaries, why are they not expected to fold?

In the meantime, Barney Frank called Paulson “entirely unreasonable” yesterday as the Democrats are being pushed by Bush to "act quickly on the bailout."

“Representative Barney Frank of Massachusetts, chairman of the House Financial Services Committee, said in an interview on ABC’s “Good Morning America” that Treasury Secretary Henry M. Paulson Jr. was being “entirely unreasonable” in pushing for immediate Congressional passage without some provisions favored by Democrats.”

I don’t know what is worse: the hypocritical socialism of wealthy financiers and bankers or the fact the plebes in this country will not rise up against these corporofascists but instead, will vote for yet another president who is down with the whole One Big Money Party program as is customary every four years.