"Much of madness, more of sin, and horror the soul of the plot...."

To those who advocate STRONG opposition to the current shenanigans in the executive and legislative branches of the government:
First, either read or re-read the Army Times article Brigade homeland tours start Oct. 1 (sub-headline): "3rd Infantry’s 1st BCT trains for a new dwell-time mission. Helping ‘people at home’ may become a permanent part of the active Army."

Second, have a look at the Dark Wraith's article entitled March 13, 2008 which I reproduce here in its entirety with the exception of a YouTube video for which I provide the link (bold emphasis by me):

"Rumors of what happened are as wild as any conspiracy theory could get. This much is clear: on March 13, 2008, the U.S. House of Representatives went into secret session, the fourth such closed meeting in recent memory. Ostensibly, the session was closed to outsiders so a "debate" about the then-pending revision of the Foreign Intelligence Surveillance Act (FISA) could be held.

"This version of what was going to happen is supported by the following video capture of Rep. Dennis Kucinich (D-OH) raising an objection to the proceeding long enough to probe House Majority Leader Steny Hoyer (D-MD) on the need for the secrecy.

"As can be heard, once he had put into the record his concerns, Kucinich withdrew his objection and stated that he would not attend the secret session; this, unfortunately, means he cannot attest to what actually happened in that meeting of the House on March 13, 2008, although he would have been prohibited by House rules from revealing the content of the proceedings, anyway, even if he had attended.

"While the topic of the meeting was set forth in public record, the rumor mill has recently brought forth claims that the content of the secret session was considerably different from a debate about revising FISA. AfterDowningStreet.org, among other sites, asserts that insiders are saying the following matters were discussed:

• The 'financing system' of U.S. government is facing 'imminent collapse' early next year.

• A 'civil war' resulting from the economic chaos is possible.

• Citizens likely to be involved in an uprising will be pre-emptively rounded up.

• Those detained will be incarcerated in REX 84 camps being built throughout the country.

• Members of Congress may become subject to 'retaliation' because of the severe problems that will ensue if the economy collapses.

• Provisions have been made for relocating Members of Congress and their families to safe locations should civil unrest threaten their safety.

• This North American Union will then issue a new currency, called the "amero," which will function as a fiat currency similar to the euro of the European Union.


"As can be seen from the progression of items in the list above, the rumor slides gracefully into full-blown, North American Union conspiracy theory by the end. Moreover, it is somewhat difficult, although not impossible, to see how a session of the House that was approved on the pretext of a debate about revising the Foreign Intelligence Surveillance Act could become a closed-door tell-all about the death of the United States as an independent republic. It is, of course, possible that some of those who supported the revision of FISA might use the occasion of a closed-door session to show a coming economic apocalypse that requires extraordinary measures be available to federal law enforcement authorities. This might explain why so many otherwise sane members of the federal legislature voted to pass the abomination of the revised FISA that is now the new law of the land with respect to spying on people.

"As an alternative, it is also quite possible that many members of the federal legislature are simply too stupid to grasp the fact that law enforcement authorities now, thanks to the new FISA, have free rein to write and use computer code for routing wiretaps and aggregating the acquired data that is so complex that not one federal judge currently on the bench has even the slightest prayer of ever figuring out what the snoops are doing to comprehensively eliminate American citizens' right to privacy.

"All of the back-and-forth about what really happened in the U.S. House of Representatives on March 13 aside, the cautionary tale from the conspiracy theory version is this: a government that conducts its business behind closed doors invites not just bad legislation, but also wild conjecture about what is really going on.

"Imminent collapse of the U.S. economy and the federal government's ability to finance operations, FEMA concentration camps operationalized to hold malcontents by the hundreds of thousands, the end of the United States of America as a sovereign nation: these are all the stuff of rank conspiracy theories now given life by federal legislators who clearly believe the public's business is none of the public's business, at least when it comes to debating legislation to eviscerate the Fourth Amendment to the United States Constitution of any practical meaning whenever federal law enforcement deems necessary.

"Instead of cracking down on the staggeringly common use of National Security Letters by the FBI to circumvent judicial control over searches and seizures, the Congress has handed law enforcement at the federal level carte blanche to spy at will; instead of condemning telecommunications companies for working with the Bush Administration to illegally spy on Americans, the Congress has handed those criminal conspirators immunity from civil actions by the citizens whose rights they violated; and instead of openly conducting what was apparently an important debate about further degrading the constitutional protections of the citizens of this country, the House of Representatives went into secret session.

"Whether or not there is a grain of truth in what the conspiracy theorists say happened during that closed-door debate, the salient question is quite obvious. If our elected representatives do not trust us in their deliberations, why, then, should we ever trust what they say when they condescend to address us?

"It seems that, whatever was said in that closed-door session of the United States House of Representative on March 13, 2008, it was all too important for us to hear.

"The good news is this: eventually, we will find out.

"The Dark Wraith will now accept applications for conspiracy theorists-in-training.".


The preceding might be one of the big reasons almost every member of Congress, be they Democrat or Republican, has been walking around with an expression like their asshole was sucking wind. How would YOU tell your constituents, "Don't raise too much hell; they'll slaughter you like...well, like the same way they've been slaughtering Afghanis, Iraqis, and now Pakistanis."

There are comments available at the link as the well as the YouTube video of Dennis Kucinich. 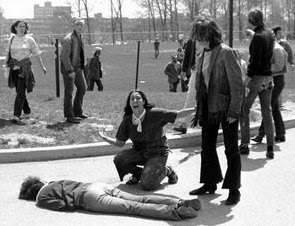 Thanks again to Father Tyme and The Dark Wraith.
Posted by Peter of Lone Tree at 7:16 PM