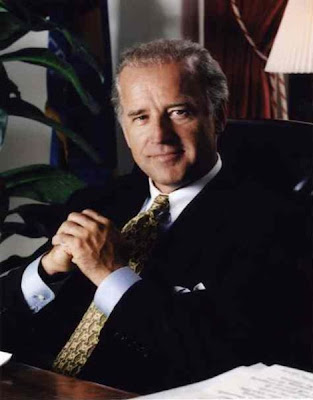 "I'm clean, I'm articulate, and I'm looking for a warm place to shit." -t.t.
(I’m Joe Biden and I approve this message.)

Dream ticket: Joe and BO have only this election to blow…

Oh, that Axelrod sure knows how to stuff the hoop in the last three minutes of the game, and running Joe Biden on the ticket as Obama’s veep is one hell of a way to herd the blue haired Hillary ladies all back in the program!


We don’t know, but the real question is: Who would you rather have a tumbler of Courvoisier with?


Imagine what Joe Biden --had he have been the frontrunner --- could have done to connect with all those popular voters in places like Ohio and Florida and Michigan. But there are at least two hints as to why a lot of blue-collar men and ladies might find Joe appealing.


Maybe it’s because he rides the train home to Delaware every night and knows all the conductors by name. Maybe it has something to do with his “hard-scrabble” Scranton, PA roots. Wait a minute…isn’t Scranton the same place that has the upscale deli where Barry ate the $99.00 lb. fancy Iberian ham? Who cares! Slam-dunk, Axelrod! (Show that other white-haired dude how the game is played.) The only important thing to remember about the Obama campaign’s “Iberian Ham incident” is

People want change back from their C-Spots. Even if it’s only one dollar.

Can this dream ticket pull it off and stitch back together the torn Democratic Party? Theda Skocpol’s excellent article “Partisan’s Progress” discusses Larry M. Bartels new book Unequal Democracy: The Political Economy of the New Gilded Age that seeks definitive answers on what Americans really want in 2008 as they go to the polls:

“The task Democrats face is to stitch together (often narrow) majorities in industrial states with victories on the coasts where ethnic minorities and upper-middle-class professionals weigh more heavily in their support base. Blue-collar unions have declined since the 1970s, while advocacy groups pushing minority and lifestyle issues have proliferated, reshaping public agendas. No wonder progressives have a hard time offering a clear set of compelling policies to economically struggling citizens.”

Hold onto your hats, spacefans! Joe just may be the RIGHT old-white haired dude the world's been waiting for to help make Barry realize his dreams of becoming the first black man ever elected to the White House.