Dreaming of Flushing Rush in Denver 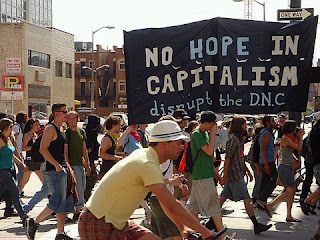 "I am not inspiring or inciting riots, I am dreaming of riots in Denver."
-Rush Limbaugh

DENVER -- The Denverchannel.com reports that Rush Limbaugh is “sparking controversy again after he made comments that appear to call for riots in Denver during the Democratic National Convention this summer.”


Is Rush hitting up the Oxy again?


Limbaugh apparently believes that electing Democrats will hurt America's security and economy and appeared to call on his listeners to make sure that doesn't happen by butchering the English language with this incoherent, unintelligible gurgle:

"We do, hopefully, the right thing for the sake of this country. We're the only one in charge of our affairs. We don't farm out our defense if we elect Democrats ... and riots in Denver, at the Democratic Convention will see to it we don't elect Democrats. And that's the best damn thing that can happen to this country, as far as I can think.”

"Anyone who would call for riots in an American city has clearly lost their bearings."