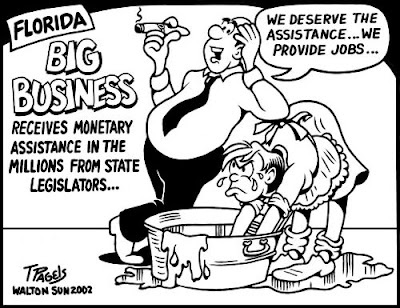 “The truth is that the campaigns of both Barack Obama and John McCain are being inundated with cash from more or less exactly the same gorgons of the corporate scene.”
-Matt Taibbi


In today’s news, Matt Taibbi and Alan Greenspan both say we are fucked. Really.

The two-party duopoly (McBama) is killing America in this escalating War on the Middle Class and during this election season, it’s politics as usual with the Left doing its pathetic, level best to emulate the GOP’s bidding in this race to sell out our white collar jobs, homes, and health to the third world. Surprisingly, during this election season, no one on the Left is asking “why are our jobs being handed over to third world immigrants? How will we pay for our homes? Why are our houses being foreclosed? Where are tuition scholarships for our kids – OUR “best and brightest”?”

Nooooo… so-called “progressive” Left and its culty megaphone mouthpieces and their cadre of preening blogger sycophants are using this war on the middle class as a stepping stone for self-promotion, ever-so-hopeful in befriending wealthy politicos and corporate enablers who are hell-bent in selling out America’s middle class to the third world. So far, these authors in-the-know are alive and well off, promoting the pro-corporate duopoly agenda as they stoke the faux message of “Left vs. Right” while their frat boy friends raid the pantry.

But what happened to the blogs and authors that were supposed to be "progressive"? As celebrity authors dig their hooves in further to promote the duopoly propaganda from their locker room of frat boy inspired hack journalists, talking heads and aspiring blogger/book authors, it is easy to see how the corporate mission statement’s duopoly class and their whole raison d’etre is to stick their snouts firmly into the trough on this whole “hate thy neighbor” culture of hubris and greed that is killing America’s middle class citizens. But with blogger/authors like these who change their “phony” party stripes as voraciously as their appetites for cheap formaggio, and never, ever, devote columns to support third party candidates who pledge to fight this war on America’s middle class, is what’s passing for “progressive” Left journalism these days nothing short of “phony” pro-duopoly propaganda pandering? The only thing worse than this is the stupefying complicity in which the plebes are down with it -- caught up in a perpetual state of Identification with the Agressor.

In Matt Taibbi’s recent article Big Business Is Making Sure It Wins the Presidency, the author describes this “Animal House-style party” and takes welcome tips from yours truly to pin the tail on the Corporate Neo-Frat Boy Donkey that is selling out the jobs and homes and health of middle-upper class Americans:


“The Animal House-style party of the last eight years that made almost all of them rich with bonuses, government contracts and bubble profits is about to come to an end, and someone is going to have to pay to clean up the mess. They want that someone to be you, not them, and they've spared no expense to make sure both presidential candidates will be there to bail them out next year.”


So what kind things do the corporate frat boys want the duopoly (McBama) to do in order to ensure that these inner circle elites blow around town in those stupid, black Cadillac Escalades like rajas on elephants while the rest of the plebes are asked to go without their pesky old jobs that can be outsourced to third world immigrants and homes that these immigrants can move in and take off their hands?

“in layman's terms, we've gone from being screwed to being fucked.”


Taibbi’s article begs America to start looking for answers in the RIGHT places by investigating WHO exactly these “gorgons” of the corporate scene are in this war on America’s middle class. Hint: start asking everyone’s favorite former vice president where his corporate investments and allegiances lie and how he *intends* to lend his political influence to expose this Great Labor Shortage Myth and say “no more” to greedy, global inspired corporate looting to stop the bleeding of disappearing white collar jobs for America’s middle class citizens. And who exactly are the corporate welfare enabler friends of Obama?

But everyone wants a messiah, with their Chosen One and fawning acolytes dressed up to the nines. And the media will keep putting lipstick on that Pig with such deft precision as to make the heads of voters squeal not only mindlessly but with utter delight.

As one commenter, “maxpayne” summarizes the lost Democratic Party:

“The Democrats should vote for the people’s interests and not for the corporate interests. If they would ever try that, the party hacks wouldn’t have to beg people to simply vote Democrat because the Democrats would have been more appealing to the voters naturally than is the case. Sorry Obama hacks but like Gore and Kerry, people are sick and tired of being begged upon to accept artificial BULLSHIT. Either force your Democratic Party to come clean and quit letting the conservatives in the party have their say or just let the party die as we’re already stuck with a one party system that just so happens to have 2 names, Democrat and Republican !!