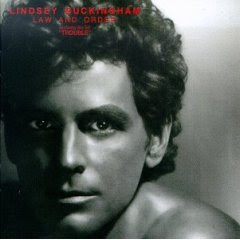 Lindsey Buckingham is a former Fleetwood MAC member. This song is from one of his solo albums LAW and ORDER

"Yolanda Gibson-Michaels has a very valid point in the demanding the Investigations of FDIC Frauds.. In my considered and qualified opinion; What has gone on in this country and others since this game of Dungeons and Dragons began to be played back in the 80's in the Global Banking, Financial and Economic Industries.. we have watched this nation be torn to shreds as she lost her International Good Standing while the DOJ sent out inter-Office Memorandums "DO NOT INVESTIGATE"..

This DO NOT INVESTIGATE intervention is no different than a MOB BOSS going throughout the global neighborhoods... breaking down doors, killing the men of the households, raping the women,then sending the children off into WHITE SLAVERY.. then having LISTENING DEVICES planted all over the place along with cameras on every street corner, in resturantes, under the beds, etc.. so the MOB BOSS would have full knowledge of the MOVES being made to bring him/her to justice......

Thats bad enough, but acording to an article in which Rodney Stitch Deposed Gunther Russbacher many of these alleged 'Judges" are bought and paid for to keep the MOB BOSS'S safe from prosecution..

WELL! IT'S HIGH TIME THIS TYPE OF MAL-ADMINISTRATION, MALFEASANCE and Acts in Color of Law by those in Offices of Public Trust who refuse to do their sworn duties and neglect their responsibilities of OATH OF OFFICE OF OFFICERS IN OFFICES OF PUBLIC TRUST..

According to his bio posted at the FDIC website, Powell, sworn in as the 18th Chairman of the FDIC in August 2001, was President and CEO of The First National Bank of Amarillo. With over "thirty years of experience in the financial services industry" Powell may recognize a financial fraud or hustle, but how is he on crisis management questions? According to some administration officials, Powell comes to the task with no previous experience in disaster or crisis management.

A lifelong -- and extremely wealthy -- Texan, Powell was one of the "Pioneers" who raised at least $100,000 for Bush's 2000 presidential campaign. The watchdog group, Texans for Public Justice, pointed out that Powell was appointed head of the Board of Regents at Texas A&M University by then Governor Bush in the mid-nineties.

Caught In A Web of Bureaucracy - by Yolanda Gibson-Michaels
Download for free.... if you dare.

Posted by JerseyCynic at 6:19 AM