From one of my FAVORITE music blogs Songbytoad


Fear not, this isn’t quite as horribly overbearing as it could have been. The ranting is actually fairly under control, and the self-important pontificating not quite as reckless as it could so easily have been, partly because I wasn’t quite as liberal with the gin as I have been in the past.
The reason it’s called the Popecast is because of this amazing little story about Catholics in the States issuing death threats to a kid who took a communion wafer out of the church with him. The hilarious PZ Myers then got involved, threatening to show them what real desecration would look like, and the pandemonium reached all new levels of shrillness

The thing that really got my goat about all this was not so much that Catholics took offence, but more the level of the hysteria and the language of persecution. It was honestly described as kidnaping and as a hate crime by various loonies, and there was nothing like enough ‘Oh fucking grow up and get the fuck over it’ being said. People seem to be seeking all sorts of odd legal protections for their crazy superstitions these days, and I am flabberghasted that a particular kind of idea is being so fucking mollycoddled as to be deemed immune from criticism and contempt. Come on, people, fuck your religious convictions and learn to deal with the fact that most of the planet thinks they’re crazy - and that applies to atheists as well.
Anyhow, I promise this doesn’t take over too much of the podcast, and that the music is given plenty of space to breathe.


Head over to Toad's to hear the "Popecast" 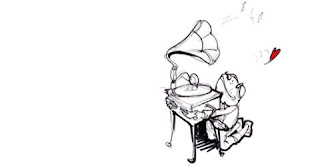 MATTHEW YOU RULE!!!
Posted by JerseyCynic at 8:03 AM