CALIFORNIA TO LEGALIZE WEED FOR EVERYONE!!! Ahhhh.......California Dreamin' 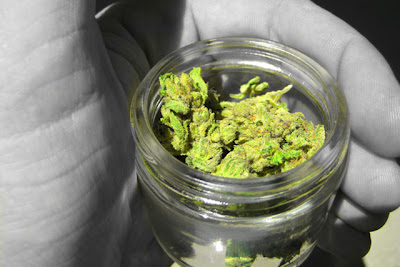 There is an initiative in the works that could end up on the November ballot that allows for marijuana to be sold to anyone, and anywhere that already sells alcohol.

It's being called The Inalienable Rights Enforcement Initiative.

From the full text of the measure:

This initiative will amend the Constitution of California to defend and safeguard the inalienable rights of the People against infringement by governments and corporations, providing for the lawful growth, sale, and possession of marijuana. Marijuana will be taxed through a system of stamps and licenses--a $5 stamp will be required for the sale of an eighth ounce of marijuana and a $50 annual license will be required for the growth of one marijuana plant. To protect participants and encourage participation in the system, such licenses and stamps will be available anonymously in stores where marijuana is sold.