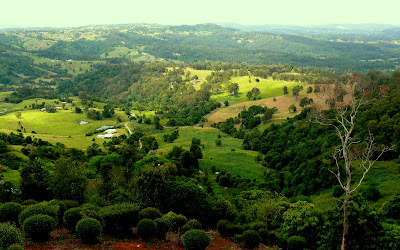 “Just because your voice reaches halfway around the world doesn't mean you are wiser than when it reached only to the end of the bar.”
-Edward R. Murrow-

Here in the United States, we are all as anxious as anyone else to pass this current kidney stone of a president.

Meanwhile, the hills are alive...with the sound of Barry…but will a spoonful of sugar really help the medicine go down?

Americans of all stripes are most desperate to unload this horribly embarrassing, tax-payer looting, English-language mangling, war-mongering, pro-outsourcing, anti-privacy rights Mafioso of a Bush Administration -- even if it means, among other exciting ventures, taking off for the Moon with eight nations. With the presidential election less than four months away, it baffles the minds of many Democrats as to why over 18 million Hillary voters in their disgust of Obama would even remotely think about casting their ballots for the anti-affirmative action, corporate welfare, job killing Carly Fiorina suppwhoreted Republican candidate, John McCain, over the only anti-corporate welfare candidate running, Ralph Nader. If the PUMA PAC crew is so dedicated to democracy as they say on their website, why wouldn’t they all file over to a thinking anti-corporate welfare, third party candidate? As talented American software engineers, IT, financial and journalism professionals are increasingly given the sack to be replaced by millions of cheap, third-world workers to take their jobs here at home, it is a wonder why any self-described Democrat would ever consider voting for either candidate who both support outsourcing, McBama.

Last week, Barack Obama enjoyed the overwhelming support of 200,000 Germans – yes, REAL ones --- by traveling all the way over to The Hinterland to get it. (Many Team Obama fans are even wondering if annexing Germany as the fifty-first State mind not be a bad idea.) Think it- you’ll be it! This is, after all, the only candidate peddling “hope” and as sure as eating a waffle and refusing press chit-chat in a Scranton diner, one can dream… even when the harsh reality is both candidates (McCain and Obama) offer the promise of more disappearing jobs, access to healthcare, and corporate welfare programs to decimate America’s middle class. The only difference is that one candidate attempts to do it by getting Joe-Sixpack to willingly pick up a shovel and dig his own grave.

Can you guess which one?

With the Democratic Convention just around the corner, Obama’s foreign oration dress-rehearsal to a stadium sized audience was, to say the very least, an overwhelming success. Of course, the unkindest cut of all would be to remotely intimate that
Bush is an easy act to follow, and yours truly has, if nothing else -- always maintained that if any soto voce can mesmerize a crowd by saying just about anything, it is Barack Obama.

But here is what one Hillary supporter had to say in this No Quarter blog post about voting Democratic in November:
“This really isn’t about Hillary or Obama as much as it is about democracy and the democratic process (small d). I do think Obama is a bad candidate and I think Hillary is a GREAT candidate, but what has made me leave the Party is their corrupt machinations during the primaries. The undemocratic actions of these people are bad enough, but what really is pushing me toward McCain is that I believe the Democrats would not have divided their own party and stolen people’s votes to try to get this inappropriate man in the WH unless they have some sinister, autocratic agenda they want to implement.
The country has been so stratified that lots of Americans think we must have a Democrat to counter the Bush mistakes, but if you just look around at Democratic officeholders in the country, many are just as criminal and opportunistic as Republicans under Bush. I believe Barack Obama would be worse than Bush.”

After eight horrendous years of Bush Administration thuggery here and around the globe, the new Democratic “Leader of the Free World” presidential contender did more with this Berlin speech to erase eight years of embarrassment and oppression with his trademark “meet the new guy and get recharged” brand of whitewash to cover up the failed Bush Administration. But Obama’s peeps know that starving people are hungry for change and sometimes, the plebians get so hungry for “change and hope” that the starvation clouds their ability to see that what we actually have here, folks, is an economic trainwreck that feeds itself on the continued sell-off of blue collar and now white collar jobs. It is amazing how many self-described progressive blogs including AlterNet, Salon, The Nation and others go out of their way to cover up or ignore the number one issue of the day: Increasing immigration with decreasing numbers of jobs.


With skyrocketing costs of food, gas, housing, healthcare and travel, none of this would be a problem if Americans were afforded the right to at least apply their educations to meaningful, well paid jobs. People all around this country are losing their jobs due to legalized economic policies that open up the floodgates of immigration to decrease wages and take jobs and homes from Americans here while the Democrats approve and/or continue to stick their heads in the sand.


When it comes to reevaluating our free-market economy as it relates to the everyday lives of American citizens, for the first time in modern history, human capital is being equated with spare parts and traded on the open market, degrading and taking our collective human net worth along with it.

While increasingly incivil Democrats agonize over PUMA or Team Obama rhetoric, third-party candidates are rising. But wise free-marketers will see the economic parallels between current times and the 1920's and unless we want another Huey P. Long - style strong arm dictator, citizens here and not in someone else’s country like Germany must hold these candidates and their corporate welfare enablers accountable to demand labor reforms no matter which party takes the White House and Congress in '08. That, or get out your jackboots and goosestep right along with the One Party of Big Money Leader to digging your own economic graves.