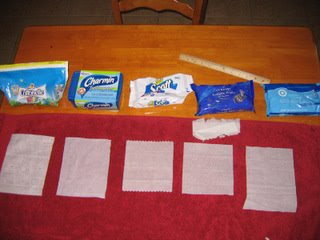 
“Might as well face it: we’re addicted to oil.” Click here to listen to the Capitol Steps salute George W. Bush

Why is it always about the oil?

Zippidy doo-dah! So much havoc to wreak and so little time…McCain wants California to drill for oil off the coast of California, and even our Republican McCain supporting governor, The Terminator, says “Hasta la Vista, Baby” to that one. So far, so good. But what’s up with Dubya wanting to bomb Iran? What do they got that we don’t got? Oh, I get it…Nukes! We don’t have THEIR nukes (and here I thought King George was out to righteously bomb global warming…) and we want to stop Iran from having their own nukes so Israel can continue its Palestinian purge with no fear of Iranian intervention and we can make more weapons and Halliburton can profit from more wars and create even more of a “reason” to be near the globe’s known largest oil fields. Oh – and the people of this country can of course all go straight to hell after the elites bail and move their asses and bank accounts to Dubai and Paraguay.


In the meantime, House Democrats, led by uber wealthy “impeachment-is-off-the-table” Nancy Pelosi, this week heaped more dung upon that other outhouse known as the Democratic Party by passing a bill that shields the Bush regime from punishment along with the telecommunications corporations that the Bush regime coerced into committing felonies under US law for Bush’s illegal spying on American citizens. So how do “good Democrats” respond to yet another nail in the Dem coffin? They try to resurrect the beastly corpse, that’s what. Do these grave diggers question authority, as the status-quo questioning bumper sticker goes? No.


Instead, they look for a messiah, hit the denial button and throw all of their blind support behind another corporate welfare backed elitist, (Obama) because to them, that’s all they care to do. Plus, it feels damn good for many to be in the company of many and every vote counts -- even if it is for a candidate who pledges to sell out your job and those of your kids, sidle with insurance companies to prevent you from access to healthcare, support budgets that funnel money away from infrastructures, rip up the constitution so that laws are only made to protect corporate elites against you, all, of course, at your expense. (You know, that old “you and whose army” thing…or rather, you get what you pay for?) To them, there is no choice, goes the thinking, since good consumers of leading brands always operate on the senses, based upon emotion and not reason. To them, there is no hope – hope is a four letter word used by savvy political marketers to advertise a brand (candidate). To them, there is only blind faith – not in religion (however zealous) but in the collective groupthink that would rather fervently identify with the familiar aggressor, hoping to blend in. To them, the blind “trust” that maybe this time, just like at the craps table, things will be better despite proof of otherwise. After all, to label oneself a “Democrat” used to mean identifying with “The People’s House” --even though it’s been sold off to corporate elites and right now, the people need each other --- because their corrupt politicians have sold them out to corporate whores. To them, there is no thinking outside of the box, for that would ultimately betray and truly freak out Axelrod and the O Man’s marketing peeps and financial backers (Oh Penny Pritzger and that ominous, collective zeitgeist pulling O’s strings known otherwise as the Israeli Lobby and Tech Lobby enablers, take me now, Lord) knowing that the sheeple will do en masse what they have always done: choose only – only between the leading two brands. So it’s down to Charmin or Scott. McCain or Obama.

In his article A Totally Lawless Regime, Paul Craig Roberts writes that “Obama would make no difference” but that the “American people could make a difference by rejecting the Republicans.”

“If a Democratic House of Representatives will pass a retroactive law in order to legalize the criminal violations of a Republican regime, the same House will pass a retroactive law making illegal what you did legally yesterday. No one is any longer safe in America. By abandoning the US Constitution, Republicans and Democrats have made America as potentially unsafe as Zimbabwe for anyone who takes exception to the government. The total collapse of the Democratic Party and the House of Representatives signals the end of liberty and democracy in America.”


Roberts concludes that we are gravitating toward the “beautiful regime of energy in the executive” that has been achieved by another dictator, Robert Mugabe of Zimbabwe.


Choices indeed! BTW, my brand is Target (read this article if your dare…) “Every Day Products for Everyday Moms!”

-2Truthy
Losing The War On Humor