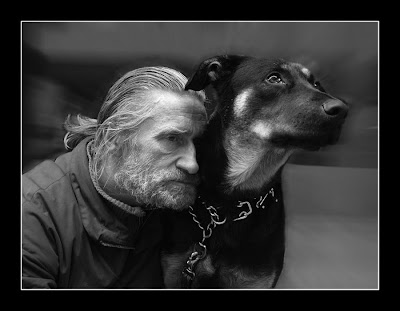 Are you MySpaced and Facebooked to death yet or do you still socially network the old fashioned way via phone, email, snail mail and in person? Recently a group of teens lamented at a recent tech conference in Silicon Valley that without those memberships to MySpace and Facebook, they might actually spend more quality time with their family and friends. Sometimes it takes a group of outsiders like a family of dog behaviorists to shed light on the predatory culture of technology and wealthy investors.
Ian Dunbar is an "Animal Behaviorist" who trains humans how to train dogs.
Recently, he, his wife and son Jamie, a recent college graduate from Brown University, attended a social media tech conference called EconSM 2008 at the swanky Casa Del Mar hotel in Santa Monica which featured Betsy Morgan, CEO of the Huffington Post. (Betsy is also a member of the Council on Foreign Relations.) The three Dunbars operate a family business from their Berkeley Hills home and attended the conference to learn more how social networking technology might increase traffic to their business website.
After being told by one vendor that a software technology solution would cost approximately $50,000 and coming away from the conference $3000 lighter after spending $1800 on the tickets plus meals, hotel and travel expenses, Jamie Dunbar explained the experience:

"I'm not so sure how much I took from the conference. I didn't get any new radical ideas, but the bonding experience was worthwhile."

His father summed it up:

"The funny thing is, the whole gestalt of social media is now making people less sociable. It's why my industry is so popular. Dogs are universally accepting."