With the help of US defense contractors, China is building the prototype for a high-tech police state. And now it's ready for export - BY NAOMI KLEIN 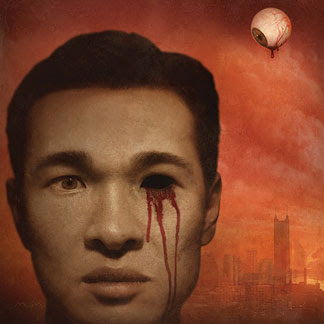 Read all about China's-All Seeing Eye

Thirty years ago, the city of Shenzhen didn't exist. Back in those days, it was a string of small fishing villages and collectively run rice paddies, a place of rutted dirt roads and traditional temples. That was before the Communist Party chose it — thanks to its location close to Hong Kong's port — to be China's first "special economic zone," one of only four areas where capitalism would be permitted on a trial basis. The theory behind the experiment was that the "real" China would keep its socialist soul intact while profiting from the private-sector jobs and industrial development created in Shenzhen. The result was a city of pure commerce, undiluted by history or rooted culture — the crack cocaine of capitalism.

American commentators like CNN's Jack Cafferty dismiss the Chinese as "the same bunch of goons and thugs they've been for the last 50 years." But nobody told the people of Shenzhen, who are busily putting on a 24-hour-a-day show called "America" — a pirated version of the original, only with flashier design, higher profits and less complaining. This has not happened by accident. China today, epitomized by Shenzhen's transition from mud to megacity in 30 years, represents a new way to organize society. Sometimes called "market Stalinism," it is a potent hybrid of the most powerful political tools of authoritarian communism — central planning, merciless repression, constant surveillance — harnessed to advance the goals of global capitalism.

Remember how we've always been told that free markets and free people go hand in hand? That was a lie. It turns out that the most efficient delivery system for capitalism is actually a communist-style police state, fortressed with American "homeland security" technologies, pumped up with "war on terror" rhetoric. And the global corporations currently earning superprofits from this social experiment are unlikely to be content if the lucrative new market remains confined to cities such as Shenzhen. Like everything else assembled in China with American parts, Police State 2.0 is ready for export to a neighborhood near you.