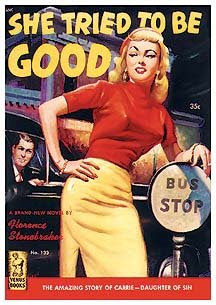 I watched a movie earlier that I thought I was so going to hate. Surprise. I didn't hate it. In fact it should be mandatory viewing for young people- Knocked Up. Hated the title. Stellar performances by the cast particularly Katherine Heigl and Seth Rogan whom I was sure I would hate, but was pleasantly surprised.

The gist of the story is that a gorgeous young woman with great potential and a loserish guy with no job or money get drunk in a bar, do it and part ways. Girl finds out she's pregnant, gets in touch with the guy and during the pregnancy get to know each other and fall in love. It wasn't mushy at all though. That's why I liked it.

All this took place against the backdrop of Hollywood- Tinsel Town and the vapid club culture of "look at me, I'm so beautiful, you have to love me, blah blah blah, if you don't love me, I'll do something drastic, yadda yadda yadda." That all made it interesting and liked how the characters didn't crumble (too much) when they discovered that they were too old or too un-beautiful for the scene.

Another reason I liked the movie was because she was beautiful and smart and he was a bottom feeder, yet she took the time to get to know him and in time, he got to know himself better and be a pretty ok guy. She did the same although she never seemed stuck up for someone so attractive, which is what you'd come to expect in Hollywood movies. I liked how vulnerable the characters were and how they seemed to just manage even though at times it didn't seem like they would. It's kind of like life... how sometimes you just survive a huge event you weren't planning on, sweat all through it and somehow come out alright just because you kept plugging along trying to take one day at a time and do the best you can under the circumstances, if you get what I mean.

My favorite part of the movie? When the 2 lead male actors eat mushrooms and attend Cirque du Soleil in Vegas. Can you imagine? Have to put that on my things to do before I die list. (Yes, I have led a poopy sheltered life in the first half century. Time time to rev it up a bit)

It's on HBO this month. Try to catch it if you can.
Posted by Liz Blondsense at 4:30 PM