The Price of a college education.....Will it be leaving your child behind?? Connect these dots and tell me what you see. 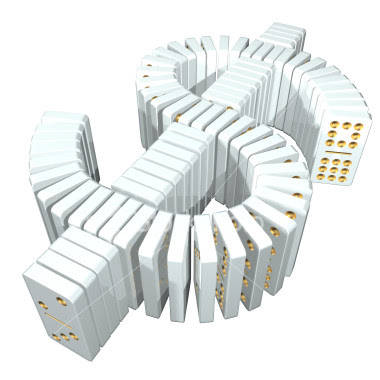 Here is the recent article that got me thinking: Lenders Predict Harsher Climate For Student Loans


"There is no question in my mind that, unless something changes in the marketplace, there will be a shortfall of funds available to make student loans," says , president of the Connecticut Student Loan Foundation, a nonprofit lender based in Rock Hill, Conn. "I've been doing this since 1978, and I've never been more nervous."

I think we all know what needs to change in the marketplace --I wish I knew more about the pros and cons of regulation and deregulation in the banking industry. Did deregulation help to create this mess that is now affecting so many? Haven't our elected officials had ample time to look at the whole picture here to see how it is unfolding? I don't even know if any of this is even related, but the graphs in the article on banking deregulation from opensecrets sure spoke volumes. Check out the amounts given to dems and repubs from lobbying groups for the banking, securities, and insurance industries. From 1993-1998, the GOP was clearly the favorite.

The prime enabler under Clinton of deregulation was Robert Rubin, Secretary of the Treasury. And Rubin comes out of Goldman Sachs, then he goes to work as one of Clinton’s top guys. He presides over the repeal of the key piece of New Deal legislation designed to prevent conflicts of interest, the Glass-Steagall Act. And then he lets a short interval go by, and then he becomes chairman of the executive committee of Citigroup, which was only able to become the kind of conglomerate it did because of the repeal of the Glass-Steagall Act. Now, that’s a flat-out conflict of interest."

Congress narrowly passed a deficit-reduction bill last month that cut $12 billion from student loan programs, which was signed by the president. The new law will slash subsidies to lenders and raise interest rates on loans taken out by parents.

As part of the new bill, Congress also increased the interest rate on loans paid by parents. Parent Loans for Undergraduate Students, better known as PLUS loans, had been scheduled to rise from the current rate of 6.1 percent to a fixed rate of 7.9 percent.

But lawmakers, seeking greater savings in the budget package, boosted the rate even higher, to 8.5 percent. The change is likely to make the loans less attractive to many parents.

(DOT) 2007
Student Loan Overhaul Advances
Many Democrats have long decried subsidies to the lending industry as a waste of taxpayer dollars and have promoted direct lending by the government to students. Republicans have generally sided with the lending industry, contending that the companies bring needed competition to the market.

But several key Republicans yesterday supported the Democratic legislation.........
(I believe they are referring to this bill)
(DOT) 2007


Why the sudden turn around? I have a pretty good idea --
Did Revolving Door Lead To Student Loan Mess? "At least eight top officials in the Education Department during the Bush administration either came from student-loan or related organizations or have taken lucrative jobs in that arena since leaving the agency. Former Education Department staffers say a revolving door between the department and industry has led to lax oversight of federal financial aid."

So, who's minding the campus lately?

Let's hear from Peter Wood. He is the Executive Director of the National Association of Scholars and has recently written a few very informative articles on this topic for mindingthecampus--Student Loans - Sequel To The Mortgage Mess? In this essay, he links to a paper written by Andrew Gillen, writing for the Center for College Affordability and Productivity. His working paper is: "A Tuition Bubble? Lessons from the Housing Bubble"


Mr. Wood concludes that "There are not enough dots yet to draw a picture of a credit squeeze in the U.S. for student loans, but it might be a good time to start watching for more dots."

I wish I could figure Peter Wood out. He wrote this gem about
THE ANGRY LEFT.
He has also written a few books. This one caught my eye: Diversity - The Invention of a Concept here's a review: The diversity movement, hiding in the garb of peace, love, and tolerance, is working hard to destroy the qualities that make America America. Sound harsh? It is. But Peter Wood documents with names and dates.
Why is education heading down the toilet? Well, there are many reasons, but diversity is certainly a major contributor. How about the fact that what passes for art these days leaves most people cold, if they're lucky, disgusted if they're not? Diversity again.

Diversity is a new concept, as Dr. Wood scrupulously points out. It is not an American ideal, but a recently coined invention to disguise the failure of affirmative action. Its purpose is to remove judgement and evaluation, to protect the incompetent and the insignificant, and to force everyone to embrace everyone else (except those cranky, right-wing wackos...don't embrace those nasty people!)

So, what do we know about this National Association of Scholars. According to sourcewatch: The National Association of Scholars (N.A.S.) was founded in 1985, was created, according to a report by People for the American Way, " to unite right-wing faculty against 'politically correct' multicultural education and affirmative action policies in college admissions and faculty hiring that take race or gender into account."

"In addressing issues that are of academic concern across the political spectrum, the N.A.S. has recently been successful in attracting a small number of liberal and moderate faculty, but the overall thrust of the N.A.S. remains conservative.
Its advisory board lists right-wing intellectuals such as
Irving Kristol The one who spawned that monster William Kristol

Well now Mr. Wood -- I don't have to watch for any more dots. I've connected them and I see a very dark line dividing the haves and have nots. I also see a line that will soon cross out most of the middle class in America today. It's a line that has been carefully drawn by the PTB (whoever THEY are) -- I'm betting it's the bankers - the feds - the "money makers" and most of our elected politicians. The ones who let this mortgage lending fiasco proceed for years and years. The ones who printed the money, the ones who "packaged" the money, the ones who lent the money. The ones who carefully manipulate the "trends" (i.e. the PPT - plunge protection team) The Plunge Protection Team - long kept secret - was last mobilised to calm the markets after 9/11. It then went into hibernation during the long boom. But, last month, Bush convened the so-called Plunge Protection Team for its first known meeting in the Oval Office

Posted by JerseyCynic at 4:41 PM