This dialog is actual and fictional too, but not far fetched.

Gov. Huckabee: "In light of what happened in Pakistan yesterday, it's interesting that there are more Pakistanis who have illegally crossed the border than of any other nationality except for those immediately south of our border,"
Reporter: Gov. Huckabee, how so masterfully you tied the assassination of opposition leader in Pakistan, Benazir Bhutto to the hot immigration issue?

Gov. Huckabee: Well,... there is an elaborate thought process that goes into our policy making... First, I would contact Jesus for advice; second,... I would enunciate it to my parishioners on sunday mass. Hey this is a much complicated process; it is very hard to express it in words; I would rather sketch it down for you...

Here is the sketch: 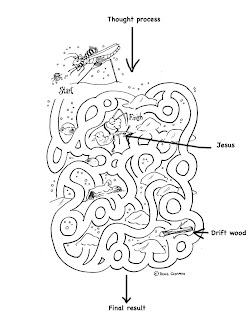 Gov. Huckabee: Here is the result:

This is the most precious Gem of 2007...As for Miss South Carolina, I nominate her as Blondsense's Blond of the Year Award 2007

Also. tell your mother how wrong she was when she told you, that education is the only way to succeed in life!
Posted by BillyDoom at 2:37 PM