Was "The Right Stuff" Rye or Bourbon? 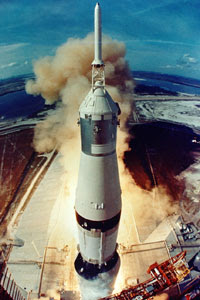 Because I don't like the taste of bourbon. Cooking with it's fine, but not drinking it (tastes awful).

As the investigation into the diaper-wearing astronaut incident widened, it became apparent that NASA had a problem about which it was in deep denial. Deep? You could have floated Cleopatra's barge on it.

Allegedly (everything's alleged until the New York Times best-seller comes out) the astronauts have been having difficulties since the earliest days of the space program. Not with the equipment, but with alcohol. To be blunt, astronauts have been getting lit before launch.

Wait until the sun's up over the yardarm, guys and gals.

Now, I have much respect for anyone who deliberately straps themselves into an experimental craft built by the lowest bidder and perched precariously upon several thousand tons of high explosives. It may be a bit too much to expect that they be sober as judges when they do it, but that's not the point (although it may be - the Russians have probably allowed their cosmonauts a nip or two of vodka before flight).

Just a little alcohol is enough, in some people, to impair their reflexes and judgement, and when you're dealing with an environment that is actively trying to kill you you can't make any mistakes.

NASA is trying to set things right by increasing the frequency with which it does psychological evaluations, establishing an explicit code of conduct, and other measures. But this latest news is another black eye that the manned space program didn't need.
Posted by Walt at 8:17 AM