I have Fibromyalgia which keeps me from doing much actively to protest these days. Blogging at least allows one to vent and speak with like-minded citizens. It is the Town Square of the 21st Century. I am pretty certain we all hate spending time researching the downward spiral our politics is taking us on, hate wading through the muck of corruption and covering up by our reigning monarchy. I know I hate watching the country I love become something different, something I am not sure I would have had children in. But I can only speak. My experience with that is usually 'oh, I don't pay attention to politics'. And this from intelligent, caring people. Well I don't usually pay attention to politics either. I hate politics. But there comes a time when a responsible citizen had better start paying attention and now is the time. 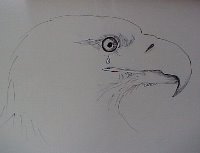 Democracy is a wonderful invention but it is not something that will flourish untended. It requires every citizen who votes to have access to accurate information to make choices, even though those choices have been dismal of late. As the media is not fulfilling its obligation in that respect, we have to work harder than normal. Blogs like this one attempt to make that a little easier.

It is impossible not to draw comparisons now with Germany in the thirties. They did not have the benefit of two hundred years of democracy. That is not to excuse them and many people did speak out and knew what was happening. Many people are doing so in America today. These are the people we should be paying attention to. Hiding our heads in the sand today could result in our losing them in the future.

Millions of people in this country vote and the only thing they know or acknowledge is what they are being told by the propaganda machine. A recent commenter on here is a prime example. I feel like I am in the midst of a nightmare and will not be waking anytime soon. So, while it is nice to come on Blondesense and share our frustrations and even rage, more is asked of all of us. I know many write letters and emails and make phone calls. I do - it is the only thing I can do. But where are the massive protests of the Viet Nam era? Why did Cindy Sheehan have to give up? Why is America so passive these days? If anything, the situation now is far more dire than it was in the seventies. Al Gore has attempted to answer the question of what brought this apathy on, but it remains to us to stand up and raise our voices. In a democracy that is the most valuable resource there is. Are we ready?