We all need a little break, what with the wars and rumors of wars, malfeasance and misfeasance and so on, so I decided to share a few more of the 1,523 pictures I took of my vacation to Munich, Germany in 2006. 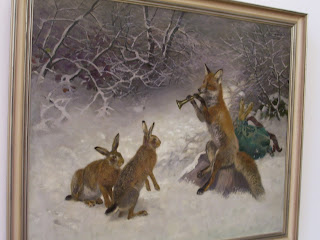 I have no idea the title or artist of this picture, but I thought it was cute. It's hanging in the Hunting and Fishing Museum (which is more elaborate than it looks, and parts of it are very interesting). 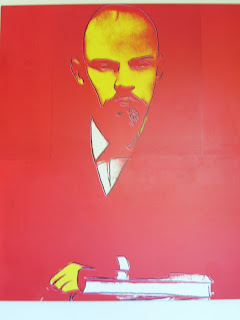 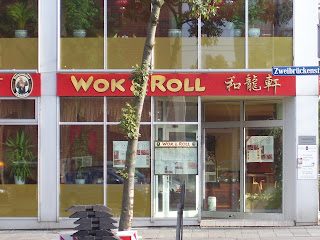 An indication that no place is safe from silly puns. 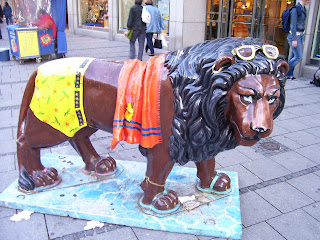 2006 was apparently the 500th anniversary of the Lowenbrau brewery, which started in Munich. A bunch of these large plastic lions are on display, some painted in the royal colors of Bavaria (blue and white), some done up whimsically. 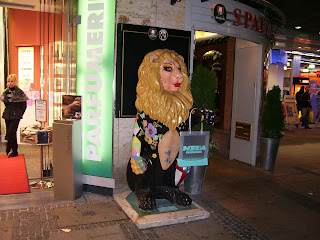 A transvestite lion, out in front of a store that sells perfume. I had to get a picture just from the sheer weirdness of it.
Other pictures can be seen at my blog, My Two Cents - drop in sometime!
Posted by Walt at 1:29 PM