Let me see if I have this straight. 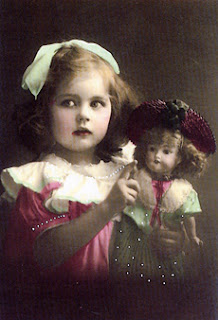 President Bunnypants goes on the record blaming the Democrats in the House and Senate for not caring about the troops enough to fund them. In fact the bills from the House and Senate actually include more money than bush requested to fund the troops and the House bill makes bush certify that the troops are "properly trained, equipped and rested before being sent into combat." The problem is that bush wants to veto the bill because it calls for a withdrawal of troops 15 months from now. So if bush vetoes the bill, how can it be the fault of the Democrats?

Then I saw bush on tv reading blog posts from several weeks ago by Baghdad bloggers who say that everything is improving in Baghdad and that people are returning. It turns out that things are not improving and if you read the blog posts by these guys now, the shit is hitting the fan. Furthermore Michael Ware, CNN Baghdad correspondent said that even in the Green Zone, no one is permitted to go into the streets without wearing a flak jacket.

Then I heard Joe Lieberman and John McCain get up and tell everyone that the surge is working and Baghdad is safer but both of them were debunked by the facts.

I don't think it's very nice to spin the news and lie about an actual war to the American people. I believe that this undermines our troops very much. I also believe that if bush had read his father's memoirs, we wouldn't be in this mess and he should be held accountable.

Trying to eliminate Saddam, extending the ground war into an occupation of Iraq, would have violated our guideline about not changing objectives in midstream, engaging in "mission creep," and would have incurred incalculable human and political costs. Apprehending him was probably impossible. We had been unable to find Noriega in Panama, which we knew intimately. We would have been forced to occupy Baghdad and, in effect, rule Iraq. The coalition would instantly have collapsed, the Arabs deserting it in anger and other allies pulling out as well. Under the circumstances, there was no viable "exit strategy" we could see, violating another of our principles. Furthermore, we had been self-consciously trying to set a pattern for handling aggression in the post-Cold War world. Going in and occupying Iraq, thus unilaterally exceeding the United Nations' mandate, would have destroyed the precedent of international response to aggression that we hoped to establish. Had we gone the invasion route, the United States could conceivably still be an occupying power in a bitterly hostile land. It would have been a dramatically different — and perhaps barren — outcome.

---------------
PS. Check out Candy's excellent book reports on Glenn Greenwald's How Would A Patriot Act and Joe Conason's It Can Happen Here. I better get myself to the library.
Posted by Liz Blondsense at 7:38 AM