The Big Weenie of the Week 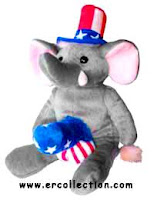 According to Joe.My.God, the "11-inch uncut monster cock" once known as Rod Majors (NSFW) and Pierre LaBranche

"has been making the rounds on neo-conservative television shows as Marine Cpl. Matt Sanchez, a 36 year old Columbia University junior and USMC reservist who recently made the rounds of right-wing talk shows like O'Reilly Factor and Hannity & Colmes, where he received praise for coming forward and complaining about his treatment at the hands of Columbia's "radical anti-military students" who called him names and mocked his military service. Sanchez was then feted at the CPAC conference where Ann Coulter made her "faggot" remark. Sanchez wrote an op-ed piece on the Columbia experience for the NY Post and began a blog and MySpace page chronicling his media exposure."

Joe.My.God. also has a nice picture of Cpl Sanchez posing with Mann Coulter at the CPAC conference last week after she referred to John Edwards as a faggot. Oh irony of ironies.

Oh good heavens, I have nothing against gay men joining the military (if they must) or someone working in porn (if they must) to earn money for an ivy league education (if they must), but whining publicly about being called names by fellow students in your university because you joined the military at the height of a bogus war and then appearing on the biggest homophobic talk shows on television to whine further and then allow yourself to be feted by the CPAC group who would sooner have you crucified than glorified had they known who you really were is just the height of true weenie-hood... unless of course this is all a ruse and you are going to write a tell all book about which neo-cons came on to you or recognized you. Well in that case, more power to you.
Posted by Liz Blondsense at 9:07 AM