And in weather news... 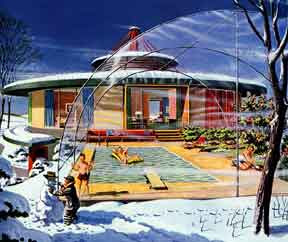 Scientists have proven that the weather is indeed worse on weekends.

A study of weather patterns conducted in Germany has revealed that Saturday's are colder and wetter than any other day. It turns out that there is not a grand universal conspiracy against your personal weekend plans. Researchers blame human beings for this because they drive cars all week and stir up dust pollution which blocks the sun and causes cloud formations. "Wednesdays have the highest average temperatures and Mondays are the driest. Saturdays were worst on both counts." While driving subsides on weekends, it makes for clearer skies early in the week, "The most blue sky is on Tuesdays while on Saturdays, clouds are always thicker and rainfall greater." There is no official response from conservatives who will most likely blame liberals for this phenomenon.

This seems to be the case on the eastern seaboard of the US especially (and don't I know it).

The findings have been supported by two professors at Arizona State University.
Randall Cerveny and Robert Bailing Jr discovered that, on America's eastern seaboard, it's 22 per cent more likely to rain on a Saturday than Monday. They found this was a side effect of air pollution from vehicles.

I would add that where I live, airplane contrails cloud up perfectly clear mornings when atmospheric conditions are ripe. This especially sucks on potential beach days.

PS. I don't know what happened to my global warming but the high temp here will be 21º today with wind gusts up to 37 mph and that is completely unacceptable. However it is very clear and sunny. feh. I'm afraid a tree will fall on me if I go out.
Posted by Liz Blondsense at 8:26 AM