You'll Probably Want to Shoot Yourself By the Elections Next Year...

The right wing smear machine is at it in full speed.

I don't watch cable news as you know. My delicate constitution cannot abide it, but co-blogger Billydoom watches regularly and tells me what the big stories are so that I can look them up in print without having to subject myself to their faces and voices. I do occassionally watch Keith Olbermann, but he shows clips of those who upset my mental feng shui.

As if the "Osama Obama" and the "Hussein" didn't smear Barack Obama enough on the cable "news" channels, John Gibson at Faux News has been pounding an unsubstantiated "news" story from a website, InsightMag.com, controlled by their very own Sun Myung Moon claiming that Hillary Clinton outed Senator Obama's childhood education at a madrassa/Muslim school in Indonesia.

Lush Bimbo claims that this couldn't be a Republican smear because the Republicans wouldn't have the guts to smear someone like this- it has to be the work of Hillary. This was Gibson's "big story." His "big story" is based on the lamest of evidence that Obama was trained by radical terrorist Muslims, but nevertheless, Gibson feels that he must nip Obama's popularity in the bud at any cost.

Highlights of the smear campaign from Media Matters:

Terry Holt, Rethuglican strategist with John Gibson: "This was either a despicable act by an absolutely ruthless Clinton political machine -- we know that they are capable of doing this. But I also thought, you know, it wasn't directly linked to Hillary Clinton." Holt suggested that Obama was behind his own smear tactic to get the story out of the way early in the campaign and also suggested and rightly so that a madrassa was not a radical Muslim school 40 years ago.

John Gibson will not let the story die: "Americans have a visceral reaction to the word 'madrassa.' In our world, a madrassa's where zealots train your Muslim kids to hate America, to hate the West, and to be killers.."

Conservative talk show host Lee Rodgers: "According to Muslim law, Islamic law, the penalty for leaving the faith is death. Today, Barack Obama proclaims his adherence to the Christian faith, he's a member of a church in Chicago -- they say he's not a regular churchgoer, but he's a member -- but will this make him a potential death target?"

It was also suggested by the right wing spin machine that Hillary also leaked a story about Obama's past drug use. Notice how the machine packs a one two punch but smearing Obama and blaming it on Clinton?

The media matters article has quotes from right wing smear conservative talk show hosts that will make your blood curl. Facts and investigative journalism be damned.

John Gibson: "Two days ago, we did a story about Barack Obama's dirty little secret -- he smokes cigarettes. I got a lot of angry email from the "how dare you" variety. After all, angry emailers said, this is old news. Everybody knows he smokes, and what difference does it make, anyway? 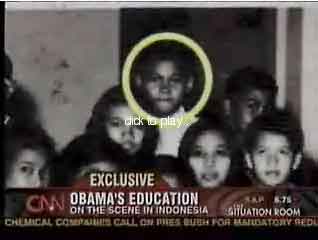 The whole story was debunked by CNN, but John Gibson refuses to back down. From Think Progess:

"On his radio show this week, Gibson refused to back down. He claimed the CNN reporter who debunked the false report “probably went to the very madrassa” as Obama. Gibson implied that CNN’s report had covered up religious extremism at the school:

GIBSON: The whole point of this story last week, and, you know, Blitzer’s just been on their air with some update on this, right?

HOST: Yeah, he sent a reporter out there.

GIBSON: Yeah, cause they got a reporter in Indonesia, probably went to the very madrassa, now works for CNN. But that reporter went out there, and what did they see when they went to the madrassa where Barack Obama went to school?

GIBSON: Playing volleyball, right. They didn’t see them in any terrorist training camps?

GIBSON: No. Um, but they probably didn’t show them in their little lessons where they’re bobbing their heads and memorizing the Koran.

HOST: I didn’t see any tape of that, no.

UPDATE January 29th: Who is behind this false story? From the NY Times: Feeding Frenzy for a Big Story, Even if It’s False

May I not lose my sense of humor during the campaign.
Posted by Liz Blondsense at 7:59 AM

Email ThisBlogThis!Share to TwitterShare to FacebookShare to Pinterest
Labels: election 2008