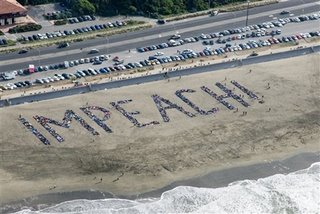 In other news, the NY Times reports that middle income earners saw their federal tax rates rise while the top 1% of earners saw their tax rates drop. The rich paid a larger share of total taxes however but that's because their incomes are rising so rapidly thus widening the gap between the rich and poor.


When asked about raising the tax rate for the very wealthy in order to pay for the war in Iraq's jobs program on Bloomberg News, John McCain answered, “I’m not sure what the point would be,” adding, “I’m not sure I would want to raise their taxes just because we’re in a war.”
Posted by Liz Blondsense at 7:15 AM