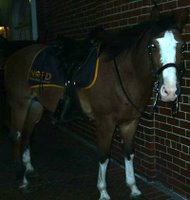 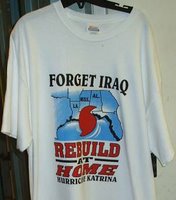 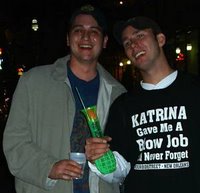 When we went at Halloween, this is what little of New Orleans that we got to see. We were broke as hell and had very limited time to be there, so it's not much, but these are what we got. Cafe' Du Monde, which was, for the first time I've seen it, damned near empty at 12A. The river end of Canal Street, where the only lights were the few streetlights and that damned casino. The four or five people on Bourbon Street. The FEMA Tent City in the pay lots on Decatur. The t-shirts. And since apparently Blogger hates my guts tonight, that's it for Part 1. Lame, I know, but I'm trying to tell a story here, and eventually, there'll be a point.
Posted by Anntichrist S. Coulter at 1:33 AM